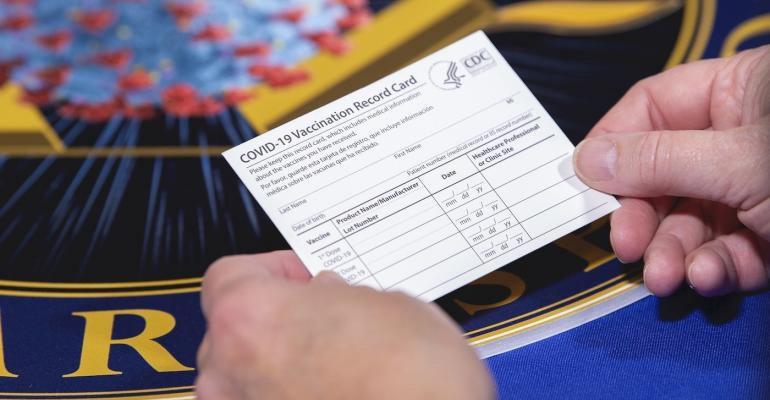 The city has also released guidelines to help businesses as the city transitions to mandated vaccines for restaurants, bars, entertainment venues and gyms

The group — calling themselves the “Independent Restaurant Owners Association Rescue” (ROAR) — specifically takes issue with the fact that unlike other cities implementing similar mandates or the city’s own previous executive orders, there is no option for those who want to wear a mask and provide a negative recent COVID test. The lawsuit also points out that the mandate unfairly targets specific businesses but not others that encourage long periods of social interaction (churches, hair salons, schools, etc.)

“It is also an uncontested fact that unvaccinated and vaccinated individuals can both contract Covid-19 and the Delta variant, further illustrating the arbitrariness of this executive order,” the lawsuit reads. “Despite this massive disparity and the minimal number of infections being caused, Mayor de Blasio is still mandating people be vaccinated and show proof of such to participate in everyday society.”

The lawsuit was signed and endorsed by multiple operators including Rocco’s Brooklyn Bakery in Brooklyn and Deluca’s Italian Restaurant on Staten Island.

Related: Here’s how restaurants can prepare for vaccination mandates

Other restaurant owners have also expressed skepticism that they would be able to effectively monitor vaccination statuses and worry that the mandates would drive away customers and employees. Mooyah Burgers, Fries and Shakes franchisee Art Depole said that he believes the mandate is already driving away customers and that they’ve seen a 40% decline in sales recently at their Times Square location.

“While we always want to prioritize the health and safety of our guests, I think people need to understand the strain this will put on an industry that, I would argue, has been among the hardest hit during the pandemic,” Depole said in an email Q&A. “Restaurants are in a tough spot being forced to police the issue for the city, and it seems unfair that certain industries are being singled out.”

The city is currently reviewing the group’s lawsuit. In the meantime, de Blasio’s office released guidance this week for the implementation of the “Key to NYC” executive order, which includes the vaccination mandates. The city released a similar bill of rights for customers. Some guidelines include: