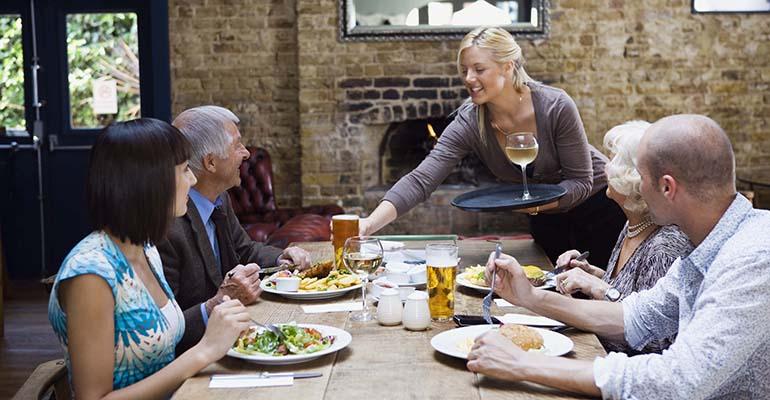 The experts who tell us chain restaurants will inexorably take sales and traffic away from independents better take a closer look at July 2016’s results. Black Box Intelligence numbers show a 1.4-percent drop in chain sales, while the U.S. Census Bureau has the restaurant industry overall — including independents — recording a robust 5-percent gain. Could a 2011 forecast that review sites like Yelp “cause demand to shift from chains to independent restaurants” be coming true?

Black Box thinks it knows what’s behind the recent discrepancy between chain and all-industry sales results. Its conclusion spells trouble for restaurant chains.

“Government data doesn’t focus on specific restaurant segments, but one implication is that chains are losing the battle at a local level with independents and/or other food-away-from-home or take-out and delivery services. There is growing evidence that these options are taking share from legacy restaurant brands. If these scenarios play out, it could mean a meaningful shift in the chain restaurant ‘share of stomach.’”

The Black Box July 2016 Restaurant Industry Snapshot offers some anemic performance numbers from the nearly 25,000 chain units it tracks. Comparable sales were down 1.4 percent year over year while, worse, comp traffic dropped 3.9 percent. “July represents the weakest performance for both metrics since December 2013,” the report notes.

In contrast, the Census Bureau’s July 2016 eating and drinking place sales numbers show a 5-percent year-over-year gain in sales. Black Box focuses on chains, while the Census Bureau looks at all segments of the restaurant industry. But that alone doesn’t explain the huge disparity in results.

That goes double when the overall economic picture is good and is forecast to get slightly better.   It all leaves chain operators scratching their heads.

“Operators are perplexed by the apparent disconnect between macroeconomic indicators and results,” the Black Box Snapshot notes. “Restaurant sales typically reflect changes in disposable income and unemployment. But consumer spending, confidence, GDP growth, income growth and unemployment all point to a modestly stronger economy. Even the rising stock market contributes to the ‘wealth effect.’ Yet as an industry, chain restaurants don’t seem to be sharing in the upside.”

It wasn’t supposed to work this way. Earlier this year, an NPD report titled “Total U.S. Restaurant Count Down Slightly from Year Ago; Chain Units Grow and Independent Decline” reached this conclusion: “Independent restaurants are historically less stable, not having the same resources as chains to get through more difficult times,” said NPD foodservice product management director Greg Starzynski.

“Chains have been heavily investing in advertising and dealing to drive customer traffic these past several years,” NPD’s Kim McLynn added. “Independents don’t have the resources to compete.”

True enough. But the social media era may have created a powerful new resource that levels the playing field for independents: review sites like Yelp.

In a 2011 study, Harvard Business School professor Michael Luca looked at the effect Yelp reviews had on both independent and chain restaurants.

As small business blogger Andrew Weber now points out, “Luca predicted and confirmed through his research that as Yelp becomes more prevalent in a market, interest in independent restaurants increases, relative to chains. This may indicate that consumers, with the help of more restaurant reviews, are able to close the information divide and find restaurants they prefer more than chains. This may then require chain restaurants to bear down and improve their quality if they want to prevent customers from leaving in droves in the future.”

There are multiple factors driving the current disconnect between solid economic conditions and weak sales numbers at chain restaurants. But if someone declares that online reviews stir up more interest for independent restaurants over time than they do for chains, remember that Luca floated the idea first.