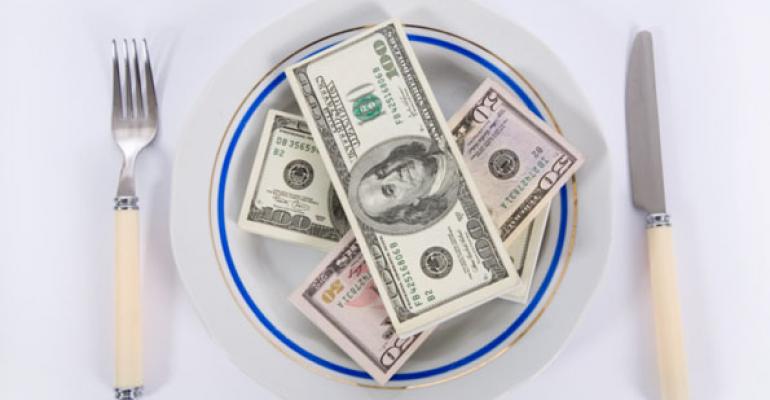 Study: Consumers still demand value, but it's not all about price

There’s no denying consumers crave value more than ever, a shift that now seems permanent since the deal-demanding days that began during the recession. But how consumers define value is still being understood, and recent research from Technomic shows value goes well beyond just price.

• Fifty-four percent strongly agree that they are seeking restaurant deals and promotions more often now than in 2011.

• Fifty-one percent say the ability to customize ingredients for their meal is “important” or “extremely important.”

• Forty-eight percent say they’d likely pay more for food and beverage items that are “fresh” and 37 percent would do the same for “premium” food and drink. 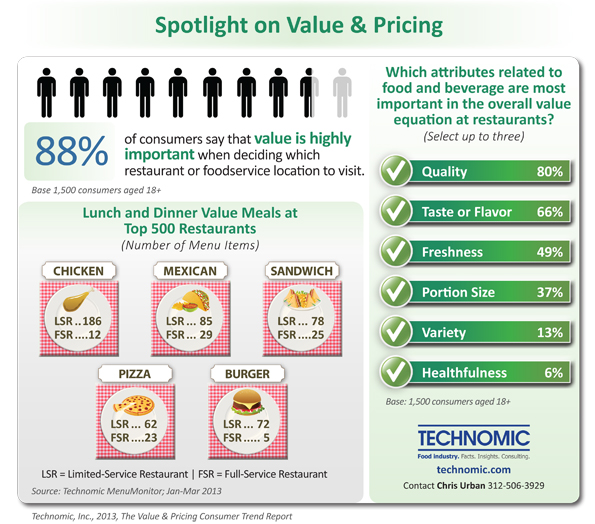 The data piggybacks similar research from the NPD Group earlier this summer, which showed quality, freshness and choice ranked ahead of price as key indicators of value for many restaurant customers. Foodies (34 percent of consumers) and “restaurant regulars” (24 percent) said they are more concerned about quality and freshness than price and deals.

Still, the good news for restaurateurs is although price looms large, and forever will, value is about far more. Quality, customization and portion sizes all factor into the equation.

Despite that, don’t go overboard and try to match the meal deals found at quick-service and fast-casual restaurants, so says John Conway, a stock analyst who recently touched on the topic while writing about Darden Restaurants.

He believes Darden’s four-course feast deal at Red Lobster and its family-style dinner option at Olive Garden are bad ideas for these reasons:

• “The potential for sharing has increased, since guests have a complete course (appetizer, main course and dessert), which leads to lower check averages.”

• “The ability for servers to up sell or add-on additional items has also decreased, since guests have ordered a complete meal.”

• “By offering a meal deal, it can be hypothesized that the company is willing to sacrifice margins in lieu of bringing in more guests.”

• “Guests may enjoy the meal deal, but only may come back when meal deals occur, which in turn could affect frequency of visits.”

Certainly Darden isn’t alone with these types of deals, as several of their competitors have similar offerings. Ultimately, Conway observes, “these meals are affordable and have value, but on the business side, (they) have the ability to water-down the brand.”

Shocking! Consumers want to indulge when dining out
Aug 06, 2013