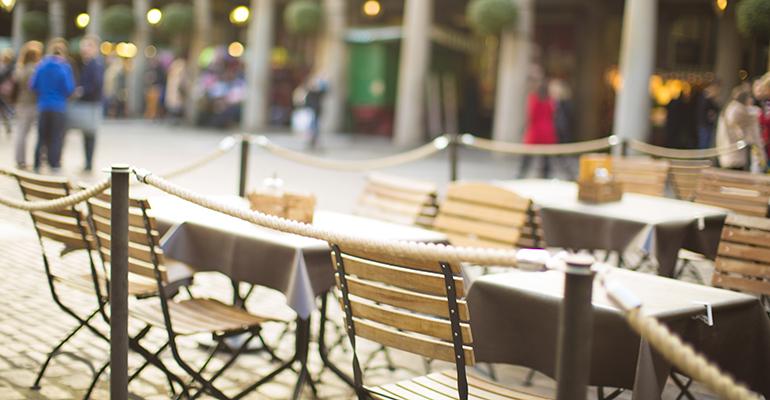 <p>Fewer people seem to have the time or money for lunch these days.</p>
Trends>Consumer Trends

If your restaurant’s once-robust lunch business has fallen off of late, you’re not alone. Foodservice market researcher NPD Group reports that lunch visits industrywide are down four percent year over year. Factor in continuing declines in same-store sales and traffic as reported by TDn2K’s Restaurant Industry Snapshot for August and the near-term operating environment for restaurants is looking problematic.

Let’s look at NPD’s numbers first.  Part of the falloff in lunch traffic it found is due to an increase in the number of employees working at home and the nonstop growth of online shopping. More telecommuters and fewer shoppers out at the malls translate to less traffic at lunch.

Potential lunch customers also suffer just a little from sticker shock, NPD says. Menu prices have increased past the point where consumers feel comfortable paying them. The company’s findings show that average lunch checks in some segments have risen as much as five percent compared to the same quarter one year ago—enough to make customers less satisfied and reduce their intent to visit. For example, factoring out quick-service combo and value meal deals, patrons in that segment now pay $8 for lunch.

“Simply said, who can afford to go out lunch on a regular basis when checks have risen for some as much as they have recently?” says Bonnie Riggs, NPD Group’s restaurant industry analyst. “Historically, foodservice lunch has been the occasion where consumers didn’t want to invest a lot time, money or energy into this meal. It’s apparent by the drop in lunch traffic that the current value proposition isn’t meeting these needs.”

Why are lunch prices going up? We wish we had the answer. Deflation in key commodity groups  means that food costs shouldn’t be the problem. Operators now enjoy the most favorable pricing environment they’ve had in a while.

Labor costs are the more likely culprit. The overall labor market is tight, and operators in some markets may be feeling the effect of minimum wage increases. University of Washington researchers found that In Seattle, menu prices rose between seven and nine percent after the city increased the minimum wage to $12.50. That wage rate is headed up in increments to $15 per hour by 2018.

A less-visible labor issue—turnover—could also be costing operators a bundle. TDn2K reports that labor costs for restaurant chains—including salaries, bonuses, benefits and labor-related taxes for restaurant employees and managers—averaged 29 percent in 2010. They’re running at 32 percent so far in 2016.

“Turnover continues rising and is a major concern for restaurant operators,” writes TDn2K’s Victor Fernandez. “Restaurant management turnover, which remains at levels higher than those tracked before the recession, is especially troublesome, given its impact on hourly employee retention and its correlation to restaurant sales and traffic. With the latest results reported, restaurant hourly employee turnover has now increased for almost three consecutive years.

“As a result of the rising turnover rates and new jobs, the number of new hires during the second quarter of 2016 represented between 30 and 33 percent of total workforce for the median company operating in quick service, fast casual, family dining and casual dining,” Fernandez adds.

Overall, the Black Box snapshot (based on financial and market-level datafound that year-over-year industry comp sales fell -0.6 percent in August 2016 while comp traffic was down -2.7 percent. Both numbers, while still mired in negative territory, represent an improvement from the prior month. July 2016 same-store sales were down -1.2 percent; same-store traffic was off -3.9 percent.

So what does the future hold?

“Based on performance this year, it’s hard to foresee the sales environment for restaurants benefiting from modest improvements in general economic activity or labor pressures easing for the industry,” Fernandez writes. “Until brands find ways to reverse continually declining traffic counts, sales (and profit) expectations will be remain modest.”

The daypart where operators might want to try reverse these negative trends? How about lunch?