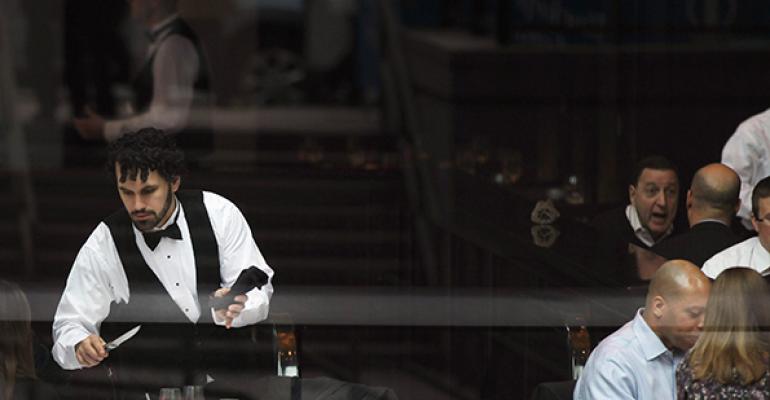 Danny Meyer, Tom Colicchio and other New York City restaurant owners might have their work cut out getting guests to buy into a no-tipping policy. The majority of the city's residents who participated in a recent voter poll said they oppose the idea of paying an extra 20 percent for a restaurant meal if it means eliminating the tip.

Some 56 percent of those surveyed said they would not be willing to pay an extra 20 percent for a meal if it meant eliminating the tip. The independent Quinnipiac University Poll found the lowest opposition to a no-tip policy came from Manhattan, where 41 percent of voters consider eliminating tips a bad idea (48 percent didn’t), and 45 percent (versus 49 percent) said they would be unwilling to pay more for a meal.

New Yorkers in general had very different views about moves to increase the minimum wage. They heavily supported (70 percent) raising the minimum wage for quick-service restaurant workers to $15 per hour over the next three years. Most Republicans were the only group (responses were categorized by political affiliation, gender and race), on the other hand, in which the majority (60 percent) opposed the idea.

The majority of New Yorkers (56 percent) did not believe raising the wage to $15 would result in restaurant closings and job losses, but among Republicans, 66 percent predicted that restaurants would go out of business. Finally, when asked whether they would be willing to pay more for fast food so workers could get wage increases, 57 percent overall said yes, but only 35 percent of Republicans agreed.

"Here's a tip for restaurateurs: Keep the tip. Most New Yorkers like this dining tradition just the way it is," says Quinnipiac University Poll assistant director Maurice Carroll.