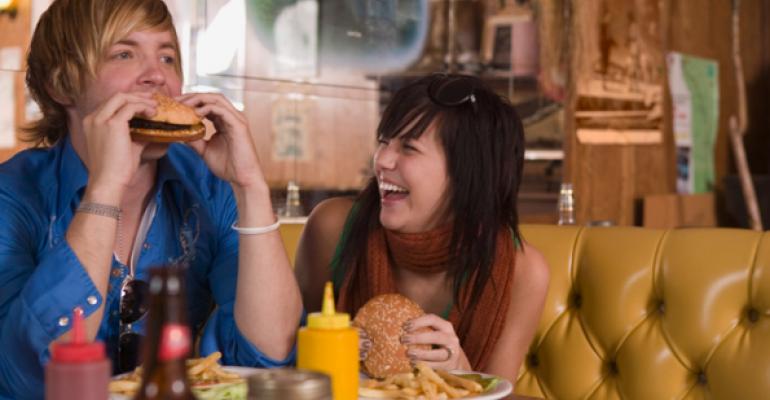 Watch out. Young adults aren’t flocking to restaurants the way they did just five years ago.

If you run a restaurant whose revenue model assumes a nonstop flow of free-spending young customers, get ready to make an adjustment.  Results of a new survey from marketing information giant NPD Group show that your millennial customers—young adults ages 18 to 34—dine in restaurants approximately once a week less frequently than they did in 2007.

Is this a lot? We think so. The results of NPD’s survey of 2,400 millennials show that these customers on average visited restaurants 252 times a year in 2007, but will do so just 202 times in 2012. There’s little doubt that 50 fewer visits per year from these highly valued customers has and will continue to hurt many full-service restaurants, especially those with bars.

These numbers made a big impression on NPD’s analyzer-in-chief, Harry Balzer.

“This is a shift of biblical proportions for the restaurant industry," Balzer told USA Today. “I've done this for 35 years, and we could always count on this age group as the biggest restaurant users. But not the last five years."

NPD was counting on them? Hey, what about the restaurants that rely on millennials to fill the room at happy hour or show up later to consume $14 artisan cocktails and feast on pricey sharable appetizers, then stick around for a nightcap the mixologist would whip up? And wasn’t the idea that restaurants could rely on social media to deliver these kinds of customers no matter what?

It was, but economic reality prevailed. Balzer cites the recession and lingering high unemployment as two reasons the millennials have cut back. He thinks they still want to use restaurants as frequently as they once did, but can’t because they just don’t have the money.

The NPD numbers explain, in part, why aggressive promotion of happy hour deals that feature artisan beers, hip appetizers and craft cocktails have become fixtures in many big-city markets over the past few years. Millennials are able to frequent them and get a version of the full restaurant experience they crave, yet still watch their wallets.

The upshot: Keep the millennials in mind as you plan your marketing and social media efforts going forward. But also keep in mind that they aren’t the free spending demographic you may have thought they were. More importantly, NPD reports that two other age groups they track—those adults 35 to 49 and those age 50 and over—now go out to eat more frequently than the millennials do.

The restaurant industry is still growing, even without much help from the millennials; the National Restaurant Association projects a 3.5 sales boost this year. But it’s looking like you may want to keep your middle-aged and older customers in mind as you plan new menus and marketing activities for the coming year. As the NPD survey suggests, they’re now the ones who have the most money to spend with you.