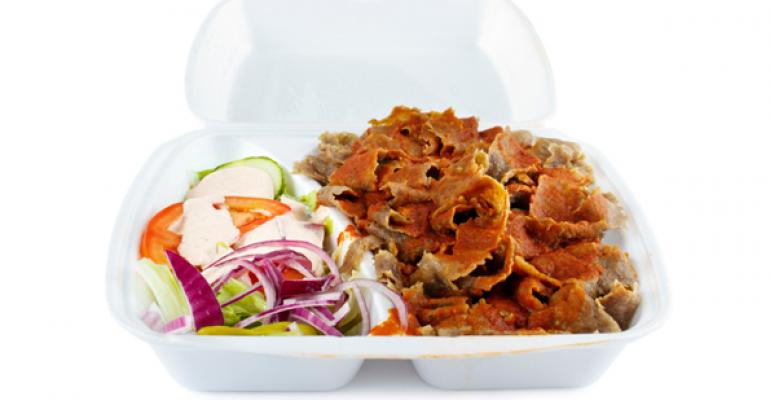 No one has their finger on the pulse of the restaurant industry quite like Baum & Whiteman. And the firm’s latest round of predictions doesn’t let us down, unearthing a quartet of cutting-edge trends that might have a shot at going mainstream. But the firm also identifies two issues that may have a huge impact on how restaurants conduct business in the future.

The first big one involves the ingredients restaurants use to prepare their food.

“Odd that most of this is taking place among fast food and fast casual chains ... with little word from sit-down restaurants, or from hotels that still make a big deal of rooftop beehives. But getting rid of selected no-nos is no mere fad, so others are compelled to follow ... as are their suppliers of (mostly) processed food. Everyone will scramble to ‘sanitize’ their menus.”

As we’ve previously reported, new concepts are being built to embrace this trend from day one. But it’ a manageable problem, because existing operators can get in this game merely by specifying better-for-you products from their distributors. But it’s the second major trend Baum & Whiteman address in their report—delivery—that should have operators concerned.

“The year's half-gone and we're confident that delivery will be the industry's Big Disrupter for 2015,” the firm says. “Pizzerias, Chinese restaurants and urban delis have done it forever...but now delivery affects everyone from McDonald's to your favorite white tablecloth emporium. Forget carry-out ... Smartphoners who've latched onto the ease of locating a restaurant, placing an order, paying for it, and getting loyalty points— without ever speaking to a human being—are driving this revolution.”

Those human beings they’re not speaking to? That’s you. When a lot of your customers never set foot in your restaurant and only do business with you through a third-party intermediary, trouble could ensue. “Disruptive” technologies sound like progress, but not when your restaurant is the business being disrupted.

“Suppose you're in the mood for barbecued ribs ... and sites like Amazon or Uber or Google gave you a dozen places near your zip code ... and suppose they include professional reviews of your restaurant, and suppose it ranks rib restaurants according to some mysterious algorithm that works against your particular restaurant? Poof! You've lost your marketing control of your business.

“Even more complicated: Whose customer is it? The restaurant's? Or owners of the on-line website? Hotels have lost control of their reservations business to sites like Expedia and Kayak, who now know more about travelers' habits and preferences than many big lodging companies. That information is worth billions of bucks ... and allows Google or Amazon or Uber to communicate directly with a restaurant's customers.”

The firm also identifies four food “trendlets” just beginning to catch on. The four might have more currency in Brooklyn-based Baum & Whiteman’s local neighborhood than elsewhere in the country. But here’s what the company sees at midyear.

• Jerky. It’s big in retail. What about foodservice? “Do we see this in restaurants? We do not ... yet. Can we foresee various forms of umami-rich jerky on pizza ... banh mi ... hamburgers ... julienned into pasta carbonara ... minced into steak sauce? Indeed we can ... and will.”

• Burnt food. “Some chefs think you accentuate the flavor of a vegetable or protein by burning it to death, pulverizing it, and then combining the residue into salts, flavored oils, sauces and seasoning mixes. The trend's been smoldering for years, but is now catching fire. Perhaps we can blame it on the chap who first made a grilled Caesar salad.”

• Crickets. This one’s still in its infancy, the trend mavens say, perhaps destined to stay there no matter how much media hype it gets. But in the search for alternate sources of protein, “consumers are being fed lots of propaganda about saving the planet by eating insects ... including caterpillars...crickets, mealworms and grasshoppers ...all high in protein. These critters need less land and water and emit fewer greenhouse gases than most livestock.” Not a restaurant trend yet, Baum & Whiteman say.

• Seaweed. It’s the new superfood, an umami-rich ingredient chefs in Nordic countries and in Japan already use. “Topping halibut with seaweed butter sounds like a winner, as does seaweed coleslaw. Seaweed-flecked breadsticks are popular in some quarters, and it is finding favor in trendy juice bars.”

If you have a delivery component to your business and are thinking about how to grow it, be sure to read the discussion of “Delivery—Amazoning and Urberizing the Restaurant Business” contained in the full Baum & Whiteman report. There’s a lot going on in the delivery space, but it’s being driven by companies that, in the long term, might have their own financial betterment in mind rather than yours.

Flavor of the Week: Kefir — a fermented dairy product with probiotics
Aug 02, 2021