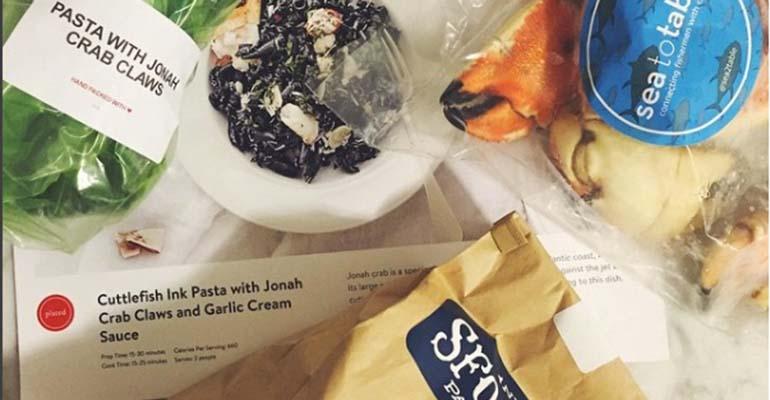 <p>Meal kits, while costly, provide customers with everything they need to produce chef-designed meals at home.</p>
Trends>Consumer Trends

Now that market researchers at NPD Group and the Harris Poll have begun to keep tabs on the meal kit delivery segment, we’re learning how much business these services divert from restaurants. The verdict: not much. Despite all the hype surrounding outfits like Blue Apron or Plated, few consumers have tried these services and only 22 percent of those who have say they would have purchased a restaurant meal if they hadn’t ordered a kit.

It’s good news for restaurant operators. Rosy predictions about the future of restaurant takeout and delivery assume a growing customer base of stay-at-homes who don’t cook much while there. Harris Poll results indicate this trend is still in place. They show that while U.S, consumers still have high interest in cooking from scratch at home, it’s just one of many methods they use to get food on the table.

The Harris Poll surveyed 2,230 U.S. adults earlier in 2016 to learn their attitudes about cooking. As you’d expect, popular options for eating dinner at home were cooking from scratch (78 percent), heating up refrigerated or frozen items (45 percent) and using speed scratch methods that rely on items such as precut veggies or premarinated chicken breasts. Thirty-seven percent of respondents said they took these culinary shortcuts.

But that’s not all the Harris Poll survey uncovered. A key finding was that the line between cooking dinner and  “eating at home” has blurred—to the point where restaurant takeout and delivery now count as favored ways of feeding the family at dinner. Meal kits do, too, but were the least-mentioned option.

The survey encouraged respondents to make multiple choices when answering this question:  “When you think of having dinner at home, which of the following does that most often mean? Please select all that apply.” This resulted in figures that total more than 100 percent. Among the nontraditional ways to get dinner on the table were:

• picking up restaurant carryout on the way home (23 percent)

• picking up pre-prepared items at the grocery store on the way home (22 percent), which is favored by millennials compared to older generations

Most Americans—97 percent—told Harris they do plenty of actual cooking. Eighty-four percent cook at least once a week. Thirty-one percent cook every day. These figures translate to a lot of potential customers for restaurants that offer takeout and/or delivery.

They also indicate a huge market for meal kit delivery services, of which there are now many, including Blue Apron, Plated, HelloFresh and what the New York Times says might be as many as 100 more. Estimates peg the meal kit segment as a $5 billion market. Bloomberg reports that Blue Apron, worth $2 billion in its last round of funding, may be valued at $3 billion if it goes public within the next year.

No wonder. These companies’ offerings are tailor-made for those who told Harris Poll survey takers they don’t enjoy cooking because they’re not good at it (35 percent), they don’t have the time (31 percent) or that cooking isn’t fun (31 percent). Meal kits directly address these issues.

Yet NPD Group numbers show that participants in its study (Thinking Inside the Box: A Fresh Look at Meal Kit Delivery Services) use meal kits even less frequently than Harris Poll respondents said they did. Just three percent of U.S. adults told NPD they had tried one within the past year.

“The outlook for meal kits is uncertain since they’re still in their infancy stages and gaining trial among consumers. One of the main concerns about these services is the cost,” says NPD’s Darren Seifer.

NPD numbers show that the average cost per meal per person for dinner made at home is $4. The average cost of a restaurant meal is $10. With what NPD estimates to be 49 percent of all dinner meals being same-day decisions by consumers, there’s a big, big market up for grabs when suppertime looms on the horizon. No wonder so many meal kit delivery service players see this as a niche where they can grab a lot of business.

But not very much of that business will likely be gained at the expense of restaurants. NPD figures show that just 22 percent of meal kit users would have opted for a restaurant meal if they hadn’t gone with a kit. Two-thirds would have just eaten at home.

The study’s conclusion: “Meal kits may cost significantly more than typical homemade dinners, but they are comparable to restaurant meals. Two out of three meal kit users say they are extremely or very satisfied overall with their meal kits.”

The cost may indeed be comparable. But it’s hard to see their value over a takeout or delivery meal sourced from a restaurant unless the purchaser deeply enjoys the act of cooking (and cleaning up). The retail grocery industry seems more likely to lose revenue to meal kit delivery providers than restaurants will be.