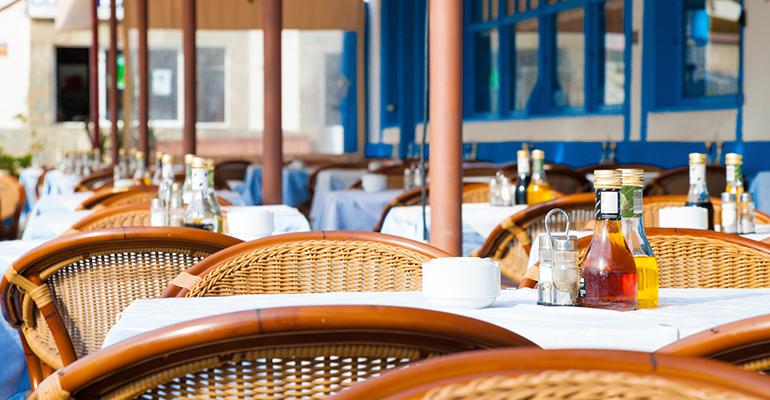 <p>Empty seats could be a more common sight if the economy goes south.</p>
Trends>Consumer Trends

A lackluster second-quarter earnings season has some restaurant industry observers predicting a recession coming right around the corner.

A number of large public restaurant chains have posted softer-than-anticipated results in recent weeks, which some Wall Street analysts see as a harbinger for an economic downturn in 2017 that would impact the economy as a whole, including independent restaurant operators.

Paul Westra, an analyst with Stifel, for example, downgraded the entire restaurant industry in a recent report citing simultaneous deceleration of industry same-store sales by 150 to 200 basis points across all categories.

Westra contends that restaurants have historically shown signs of trouble prior to the start of previous recessions. He also believes domestic and global politics, terrorism, social unrest and economic uncertainty could contribute to a slowdown.

Others watching restaurants on Wall Street, however, disagree.

Stephen Anderson of Maxim Group in a report says leading macroeconomic indicators still project increased restaurant spending in the next six to 12 months.

The most important of those indicators, he says, is the solid jobs picture.

In the past two recessions, the four-week average for jobless claims stopped declining six to 12 months before the start of each recession. Claims have been declining on average 5-10 percent pace since 2011, and although the pace of the decline has moderated in recent months toward the lower end of that range, Anderson contends the decline continues to augur well for payroll gains in the near term.

“We acknowledge that we are in the later stages of the economic cycle, but believe that a strong recessionary signal has yet to flash,” says Anderson.

Still, restaurant spending may be impacted by the summer Olympics and a contentious election season, Anderson adds.

But Hudson Riehle, senior v.p. of research for the National Restaurant Association, points to a number of indicators that show restaurant industry sales continue to move up, despite a choppy first half of 2016.

Monthly retail trade sales overall, a key indicator for the economy, are up more than 5 percent compared with 2015, he notes. NRA’s annual forecast calls for a 5-percent sales increase this year for the restaurant industry.

“There’s no question that the rate of growth is moderating,” Riehle says, adding that “it’s still a moderation of growth at this point,” not a downturn.

NRA’s Restaurant Performance Index, a monthly snapshot of industry health, has been trending downward in recent months, but the index overall remains over the all-important threshold of 100, which indicates expansion for the industry overall, he points out. )

Restaurants across the country have been struggling with rising labor costs and the challenges of recruiting and retaining good workers, which has pressured margins, Riehle observes. At the same time, restaurant menu price inflation has increased about 3.7 percent year to date, while grocery price inflation has fallen about 0.6 percent, a fact that could impact consumer decisions to dine out.

Consumers have benefited from lower gas prices through the first half of the year, he notes, but those prices have begun to tick up slightly.

On the other hand, Riehle says NRA surveys of consumer demand for away-from-home dining indicate pent-up demand. Two out of five consumers say they’re not using restaurants as much as they would like, but they are limited by the lack of cash or credit on hand.

Still, the association’s monthly survey also asks restaurant operators whether they see the economic picture as better, the same or worse six months out. Recent surveys show about 25 percent of respondents expect worse.

But Riehle notes that rate historically has to reach the mid-30 percent level to indicate any entrance into a recessionary environment.

For now, the buzzword is uncertainty, he says. But the restaurant industry continues to grow.

“As everyone knows, restaurant sales end up being local,” Riehle says. “So when you look at the wide variety of local economic conditions, and then you put on top of that the current consumer mindset, which is one of cautiousness in an era of uncertainty, it means the historically competitive restaurant industry has only gotten more competitive.”