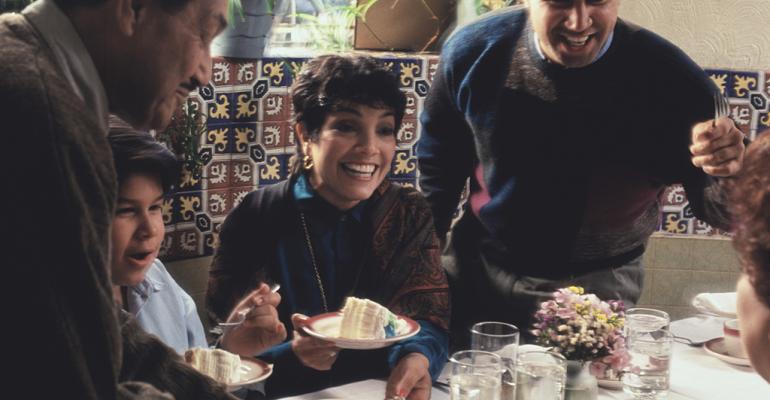 The firm's ongoing CREST Hispanic foodservice market research revealed more information about this audience. Quick-service restaurants remain the outlet of choice for the average Hispanic consumer. They are also more likely to choose chains over independents. U.S. Hispanics "visit chains 74 percent of the time compared to the 60 percent of visits non-Hispanics do," NPD says.

Family-friendliness is another key to unlocking this demographic. Hispanics bring along their children on 42 percent of their restaurant visits. By contrast, non-Hispanics do so only 30 percent of the time. The ability to host a large group and welcoming kids can raise a restaurant's profile among Hispanics.

The NPD data dovetails with information from Hispanic media company Univision, which found that U.S. Hispanics favored restaurants that were familiar to them. Fifty percent of 1,250 Hispanic consumers questioned in the Univision study said the biggest barrier preventing them from visiting a restaurant was unfamiliarity with the brand. Like the NPD data, the Univision report showed that family-friendliness and good service go a long way to making Hispanic consumers loyal customers. Peter Filiaci, Univision's v.p. of strategy and insights told the National Restaurant Association: "It's less about price and convenience on the Hispanic side and much more about knowing that family is welcome and that [the restaurant] can accommodate larger parties."

While quick-service and casual chains have been the restaurants of choice for Hispanic consumers, the fast-casual niche is gaining popularity, especially among more affluent and millennial-aged Hispanics. According to a February study from Mintel, Hispanic spending at fast-casual restaurants grew by 41 percent from 2010 to 2015 to $38.1 billion. A key finding of the study was that increasingly, Hispanics are placing more importance on the freshness and healthfulness of menu offerings. Also, social recommendations and word-of-mouth factor heavily into restaurant decision making among Hispanics, so engaging young Hispanics via social media and encouraging them to share their restaurant experiences could pay off big.

"Because fewer brands are communicating with this customer, [Hispanic consumers] tend to stick with ones they've had great experiences with, who appreciate their business," said Univision's Filiaci. "They look at that as a cue that they're welcome and their business is respected."

Businesses would be smart to pay attention to this corner of the market, adds Bonnie Riggs, NPD's restaurant industry analyst. "This is an important and large audience and their influence on the foodservice industry will continue to grow over the coming years."