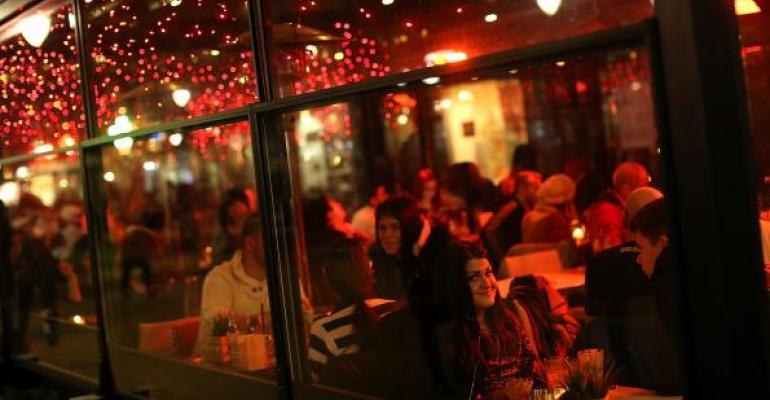 <p>Restaurant goers are trading up from quick-service to full-service eateries because they value the quality of the experience.</p>
Trends>Consumer Trends

Foodservice growth has other sectors envious

Although it’s notoriously difficult to make money in the restaurant business, the overall industry has put up solid numbers as of late. Now companies in the retail sector are wondering why they aren’t doing as well.

Global business advisory firm AlixPartners has come up with some data that shows what’s working for restaurants and suggests steps retailers can take to make it work for them. If sales at your restaurant are growing slower than the industry norm, you may wish to heed some of this advice.

Here’s what AlixPartners says retailers should do to put up better sales numbers for the rest of 2016.

Provide a higher-quality experience. Dining occasions won’t be going up this year, AlixPartners says. But the amount of money spent per average meal will climb. That’s because U.S. consumers will be upgrading from quick-service restaurants to fast casual and fine dining. Why? Because it’s a better overall experience—a factor of high value, particularly to millennials.

The lesson for retailers: Customers are ready to open their wallets.

“We believe this willingness to trade up at the dining table could translate into a similar willingness to pay for higher quality experiences—and yes, even products—at retail stores as well,” AlixPartners suggests. “Therefore, as consumer sentiment ratchets back up toward pre-recession levels, retailers should consider reinvesting in product quality, differentiation, experiences and branding.”

Perceived value is the key. Restaurant customers might be quality conscious, but they still expect value when they dine. This factor is making a big jump in importance from 2015 (28 percent of customers said value was an important criterion then) to 2016 (38 percent cite it as a key now). In particular, bundled offerings matter more than “large portion size for the price” or “having the lowest price.”

Quality of ingredients for the price is the most important factor, specified by 68 percent of survey respondents and unchanged year over year.

Embrace delivery. The numbers say you should make this trend your friend. The weekly usage of delivery for those seeking restaurant meals was 16 percent in 2010 and has risen to 28 percent in 2015.

“Customers’ taste for convenience presents an opportunity for those retailers that optimize their omnichannel fulfillment,” advises AlixParteners. In the restaurant world, “omnichannel” means providing eat-in, take-out and delivery. “Retailers can also learn from restaurant operators as they look to partner with third-party technology-enabled rapid-delivery services.”

The lesson here is that customers aren’t just loyal to specific restaurant brands; they’re loyal to specific menu items, too. The strategic implication for retailers: “When seasonal and fashion items often are the focus of the merchandise planning cycle, the core assortment can be lost in the shuffle,” AlixPartners cautions. “High-level execution of core merchandise can help to ensure loyalty among the customer base.”

Put more simply, “why not bet on a winner?” That’s advice restaurant operators can also take to heart.