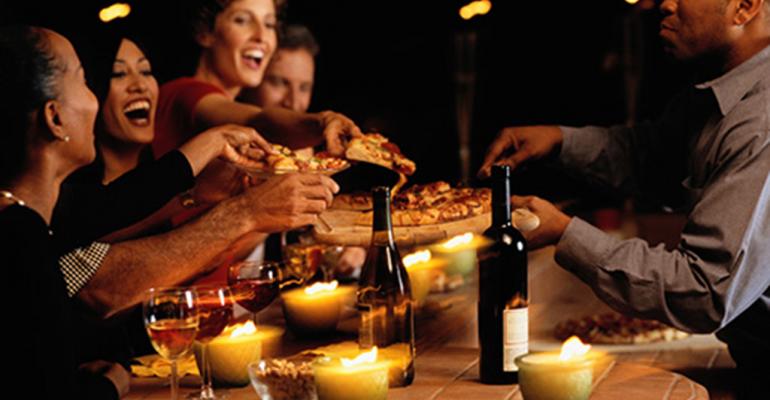 Thinkstock
<p>Best seat in the restaurant? Allowing guests to reserve bar seats is proving profitable for some operations.</p>
Trends>Consumer Trends

Sure, steering walk-ins and wait-listers into your restaurant’s bar helps take the pressure off the dining room during busy nights. But a new survey from OpenTable suggests that offering reservations for bar dining would make better use of the space.  Among the potential benefits: additional seat inventory, accelerated turn times and, for a certain group of patrons, enhanced hospitality.

OpenTable’s survey coincides with a pilot program that enables its users to book bar reservations at handful of Chicago restaurants. Why the push? Internal company data shows bar dining options are underutilized at many restaurants.

“We estimate that non-standard seating options like bar, communal tables, and high-tops make up 12 to 15 percent of restaurant inventory in the U.S.,” says OpenTable’s Eli Chait. “These seats are typically empty or highly coveted, as some diners actually prefer a seat in the center of the action.”

• 52 percent said their bars do not take reservations and they have no plans to change their policy;

• 85 percent offer their full food menu in their bar, not just a limited bar menu;

• turn times are roughly half an hour faster in the bar than in the dining room; and

• 85 percent agreed with the statement: “Investing in my bar area increased my restaurant’s profitability.”

Promising metrics, but does bar dining jeopardize the level of hospitality a restaurant can offer its guests? OpenTable says no.

“Many restaurants are wary of putting bar seats up for reservations because they can’t always set expectations accordingly for diners, and delivering the best possible hospitality is always priority number one,” the company says. “But offering bar seats to guests who are thrilled to book them means those diners get the experience they desire—and seats stay occupied all night.”

Among those who prefer bar dining: superchef David Chang.

“The bar is where it's at,” he writes in GQ. “In the world of fine dining...tables had always been considered the best spots in the house. But the truth is that maybe 10 percent of a restaurant's space is prime-table real estate. The rest is okay at best: You're on a banquette (smushed up), or near the bathroom (whiffs of ass), or by the door (sucks at least two seasons out of the year). Plus, you're subject to all the house rules—seriously, tasting menu only?—and service that's either smothering or imperial.”

In this light, bar dining might be more accommodating from both the customer’s and operator’s perspective.

“Part of the bar’s value, from a restaurateur’s point of view, is its versatility,” says Bon Appetit's Sam Dean. Solo diners can drop in without having to hog a two-top, and a friendly word from a bartender can free up enough space at the bar for a whole new party—after all, you can’t exactly ask a couple to slide down to the next booth in the middle of their meal.”

The net result of this flexibility: the restaurant seats more guests.

“Because we’ve been able to sit two-tops at the bar and release booths and bigger four-tops for bigger parties, it’s allowed us to fit more people in the room, period,” says Eric Kirkenmeier of Chicago’s Cherry Circle Room, which won a 2016 James Beard Award for Outstanding Restaurant Design for a layout that includes a handsome 28-seat bar. “Our cover count has gone up.”

For many restaurant patrons, however, one of the primary attractions of dining in the bar is that they typically don’t need a reservation. “When I'm eating at the bar of an amazing restaurant...I'm usually free from a commitment to a multi-course meal, and I never have to make a reservation,” says Chang. “This is important, because I don't have it together enough to make reservations.”

If your clientele includes regulars who, unlike Chang, might specifically want to book a spot for dinner in your bar, you could be sitting on an untapped resource. If that’s the case, something like the OpenTable approach might be worth a look.