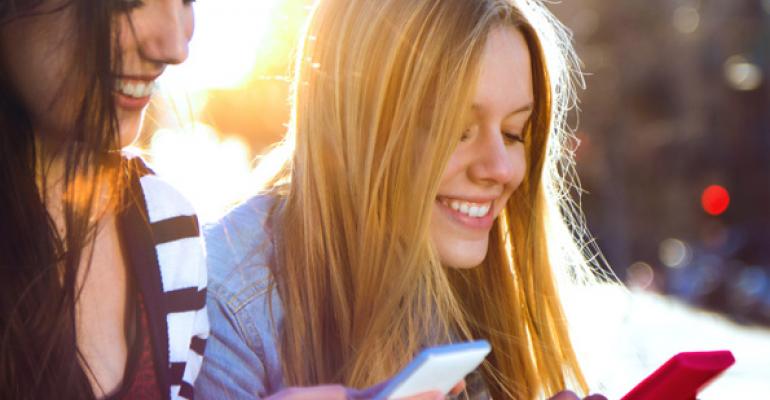 Are you ready for Gen Z?

Just when you’ve finally got your millennial customers figured out, a new generation—with new expectations and new tastes—starts showing up at your door. Meet Generation Z, the group of 23 million babies, kids and young adults born between 1996 and the present. They’re practical, tech-driven and culturally diverse. And in plenty of ways, the complete opposite of their older cohort.

Sure, plenty of Gen Z’ers are still too young to buy their own meals and snacks — or even tie their own shoes. But the oldest among them are in high school and college. And within five years, they’re predicted to become the fastest growing generation in the marketplace and workforce. “Members of Generation Z are now the trendsetters. They’re the ones driving the trends that millennials will adopt,” says Jason Dorsey, founder of the Center for Generational Kinetics, a millennial and Gen Z research firm.

Here’s a look at what they’re all about, and how to meet their mealtime expectations.

Unlike millennials, Gen Z’ers are too young to remember the changes brought about by 9/11 or the financial crash. Instead, they were born into a world where safety and security are no longer guarantees. That’s made them shrewder and more practical than their older counterparts.

“Gen Z had the benefit of seeing what happened to millennials,” Dorsey says. “They’ve seen them hit with the great recession, graduate with unprecedented college debt and see real wages not meet expectations.” Unsurprisingly, they’re driven to be more pragmatic about money. That means choosing less expensive colleges in an effort to avoid taking out massive student loans, buying utilitarian goods over pricey name-brand ones and even being more likely to take home their leftovers for another meal. “Overspending on luxury is seen as a poor decision,” Dorsey says.

Not to say that they’re willing to skimp on quality. Gen Z’ers have high expectations when it comes to clean, organic food that’s produced both ethically and sustainably (like cage-free eggs). “They’ve come of age at a time when these things are normal, not new,” says Dorsey. Gen Z’ers simply expect that a menu will list where the apples or spinach were grown, or how many calories and sugar grams are in their chicken stir-fry. “To them, it’s just the way things should be,” Dorsey says.

They also assume that their dining options will offer plenty of variety. Having come of age in a time where it’s possible to eat any cuisine — from Thai to vegan to Middle Eastern — on a budget, Gen Z’ers have highly diverse palates. “In the past, cafeterias might have had international day. Now, the expectation is that every day you’ll have something international,” Dorsey says.

Most millennials remember their first experience with a smartphone or social media. But for Gen Z’ers, those things have always been as normal and unremarkable as eating a sandwich or strapping on a seatbelt. To them, tech is just a part of life — mealtime included. “Dining is a shared experience, even if they aren’t physically with their friends,” Dorsey says.

Still, Gen Z’ers don’t just see tech as a way to share a picture of their burger or sushi. It’s an avenue toward customization and convenience. “Having the ability to craft their own meal, but still have a set price, is important,” Dorsey says. So is efficiency. Gen Z’ers expect to be able to order food seamlessly via their smart phones rather than deal with the hassle of talking to a person, who’s more likely to mess up their order. And they’d rather pay with debit cards, Venmo or Apple Pay than cash.

Gen Z’ers are already heading off to college, and it won’t be long before they start joining the workforce. Here’s how to win them over.

• Think clean and transparent. Fresh, healthy, organic options are seen as the norm for Gen Z’ers.

• Offer mix-and-match options. Gen Z’ers use technology to customize every aspect of their lives. They expect to be able to do the same with their meals.

• Skip the fancy stuff. Gen Z’ers are frugal and practical, so they’re not looking for meals that are expensive or over the top. If you can offer money-saving perks, like a $5 coupon code on social media, even better.

• Get interactive. Touch screens with games or videos make meals more fun for Gen Z’ers. Still, tech isn’t a substitute for human contact. “A sterile experience doesn’t work for them. They still want to see that there’s a human connection,” Dorsey says.