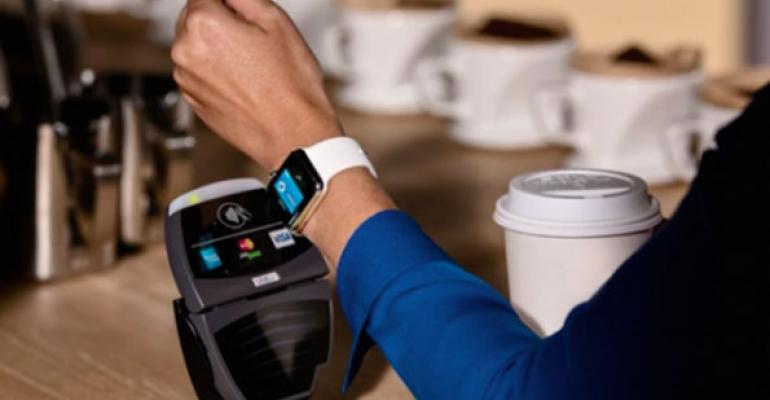 Apple Pay: Is it right for your restaurant?

Both the restaurant and tech worlds are abuzz over news that Starbucks, Panera Bread, McDonald’s and Subway will be early adopters of Apple’s new Apple Pay mobile payment system. Within weeks, customers who have an iPhone 6, iPhone 6 Plus or the new Apple Watch will be able to pay for drinks and meals in a flash. They merely wave their device in front of a reader at checkout and the super-secure transaction is done.

These big companies have high-powered tech teams to make sure Apple Pay works as advertised at the unit level for them. But smaller chains and independents have to figure it out for themselves. Go here to see what’s involved.

Don’t worry about being left behind. Companies including NCR, Paymentech, Harbortouch and OpenTable have announced they are ready to get your restaurant up to speed with Apple Pay. Expect other suppliers to follow suit soon, if they haven’t already done so by the time you read this article.

The upshot: your restaurant can get Apple Pay if you want it. But do you need it? When making that decision, keep in mind that while faster transaction speeds are critical for high-volume chains, they may not matter as much for you. If they do, you’ll need to have many other systems and procedures in place to achieve that goal, not just Apple Pay. Note that customer-throughput-obsessed Chipotle has yet to commit to using Apple Pay.

Yet the idea of rapid-fire payments is exactly what made Apple Pay so attractive for Panera. The 1,800-store fast-casual chain sees a future where speed is of the essence in every facet of its business, not just in transactions.

“We're proud to be one of the first retailers to accept Apple Pay using iPhone 6, iPhone 6 Plus and Apple Watch," says Blaine Hurst, Panera’s chief technology and transformation officer. "For us, it's a natural extension of Panera 2.0, which brings together digital ordering, multiple payment options and improved operational processes to deliver an enhanced guest experience."

So what exactly is Panera 2.0 and where does Apple Pay fit in? Here’s what Panera chairman/c.e.o. Ron Shaich told stock analysts about it during the company’s most recent quarterly earnings conference call, which took place prior to Apple’s formal introduction of Apple Pay.

“The rollout of Panera 2.0 is ongoing. As a refresher to anyone who's new to our story, Panera 2.0 is an end-to-end system that provides an enhanced order, an enhanced payment, an enhanced production, an enhanced consumption experience, specifically designed for the particular needs of our eat-in and to-go customers. It incorporates kiosks, mobile apps, web ordering platforms, as well as TQM-like (Total Quality Management) operational improvements to create a frictionless experience for our guests.

“We presently have 27 Panera 2.0 cafés operating, and we're rolling it to Dallas right now,” he continued. “We expect to have approximately 100 Panera 2.0 cafés in operation by year end 2014.

Restaurants have a lot to think over as they weigh committing to Apple Pay, especially because not everyone will own an iPhone 6, 6 Plus or Watch and because we don’t yet know what new tech payment options other companies have in the works. But at least cost isn’t a factor. As the Apple developer website notes, “Apple does not charge users, merchants or developers to use Apple Pay for payments. Your credit and debit transactions will continue to be handled by the payment networks.”