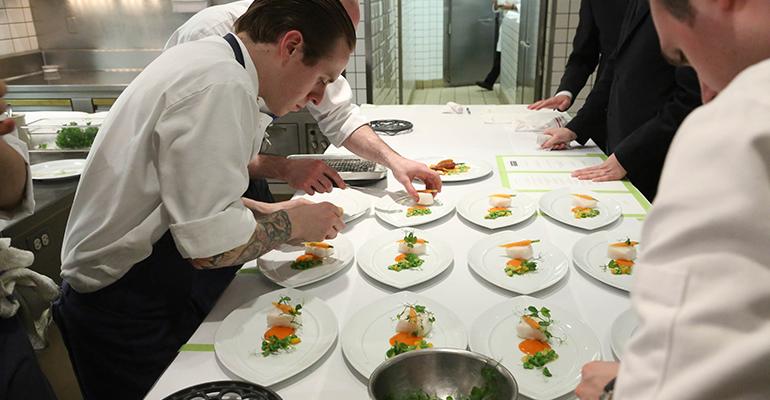 Just north of $200. That’s what Americans said they would be willing to shell out for an extraordinary dining experience at a gourmet restaurant, according to a recent online Harris Poll survey sponsored by Michelin.

“Perhaps this is the influence of around-the-clock food shows and celebrity chefs, but the fine food movement continues to see an extraordinary growth in popularity,” says Cynthia Ochterbeck, editorial director for Michelin’s U.S. travel guides.

The survey of more than 2,000 adults revealed some surprising preferences about great food experiences:

* Geographically, diners in the West are much bigger spenders, saying they would pay $352 for an unsurpassed meal, about double what people would pay in the Northeast ($182), the South ($149) and Midwest ($148).

* Men are willing to drop an average of $241 for a once-in-a-lifetime dining experience, while women are only willing to part with $166.

* Steakhouses are the favorite, mentioned by about a quarter of those who participated in the survey.

* Italian ranked as the second choice nationally for the meal of a lifetime. Notably, nearly 1 in 4  Northeast diners (24 percent) favor Italian fare, versus 18 percent in the South, 15 percent in the Midwest and 17 percent in the West. Tied for American adults’ third choice are Mexican, American and Continental, all at 13 percent in the survey.

Americans looking for a truly exceptional experience, at least according to Michelin’s standards, will need to put some effort into finding it. The organization is stingy with three-star ratings, recognizing only about 112 restaurants throughout the world with the top awards.