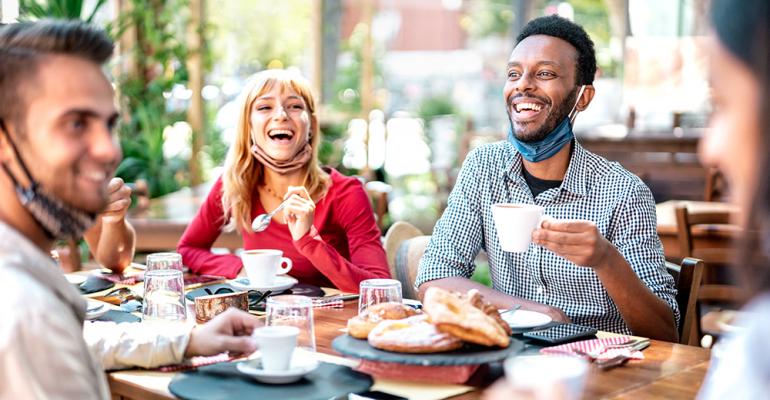 Every week, Restaurant Hospitality gathers five stories that impact independent restaurant operations that you may have missed. Here’s your list for the week of March 22:

Untitled, the decade-old restaurant from Union Square Hospitality Group next to the Whitney Museum of American Art in New York City, has permanently closed according to a USHG spokesperson.

The Whitney Museum is opening up the Whitney Café, a quick-serve pop-up run by Union Square Events in the interim. There is no word how long the pop-up will last but Union Square events will continue to be the catering agency for all of The Whitney’s events.

“For now, at least, we’ve concluded that what museum guests and the broader Meatpacking neighborhood really wants is a quick and casual-dining experience,” USHG CEO Danny Meyer said in a statement. “It’s bittersweet to say farewell to Untitled, which has now been closed for a year, but I am equally heartened by our continued partnership with the Whitney, working together to evolve our culinary offerings in a way that best serves the museum and its neighborhood.”

Virginia Gov. Ralph Northam signed HB 1879 on Friday extending to-go cocktails until July 1, 2022. Restaurants will be able to sell mixed drinks and wine for off-premise consumption through that date legally in Virginia.

“With the extension of cocktails to-go, Virginia hospitality businesses will continue to have a vital economic lifeline during the pandemic,” said David Wojnar, Distilled Spirits Council of the U.S. senior vice president, in a statement. “Virginia restaurants, bars and distilleries have been some of the hardest hit during COVID-19, and cocktails to-go have allowed many of them to survive. We thank Gov. Northam for extending cocktails to-go and for supporting local businesses as they struggle to cope with the harsh economic impacts of the pandemic.”

More than 30 states and the District of Columbia  have allowed restaurants and bars to sell cocktails to-go. Iowa, Ohio and Kentucky, as well as D.C., have made to-go cocktails permanent so far, while others are extending COVID-era rules, like Virginia.

One Fair Wage, an advocacy group lobbying for raising the minimum wage, released a study highlighting the discrimination women face in the workplace especially among tipped servers. The new report analyzes over 300,000 service workers in Upstate New York showing that, on average, women are making 75% of what men are in the service industry.

There is also data on the rise in sexual and “maskual” harassment effecting women and minorities in the industry and impacting tips at the subminimum wage.

“Women restaurant workers in New York State report experiencing higher rates of sexual harassment during the pandemic, including a new widespread and life-threatening phenomenon of male customers asking women to remove their masks so they can judge their looks and, subsequently, their tips on that basis — forcing workers to risk their lives at a time when workers report tips are already down 50 to 75%,” explained Saru Jayaraman, President of One Fair Wage.

Restaurant data firm Black Box Intelligence issued its monthly restaurant sales numbers from February and there are reasons for hope. As winter begins to thaw across the country, restaurants are seeing improved sales at both indoor and outdoor dining, along with improved guest sentiment. While sales numbers are still negative year-over-year, they are climbing back to normal slowly.