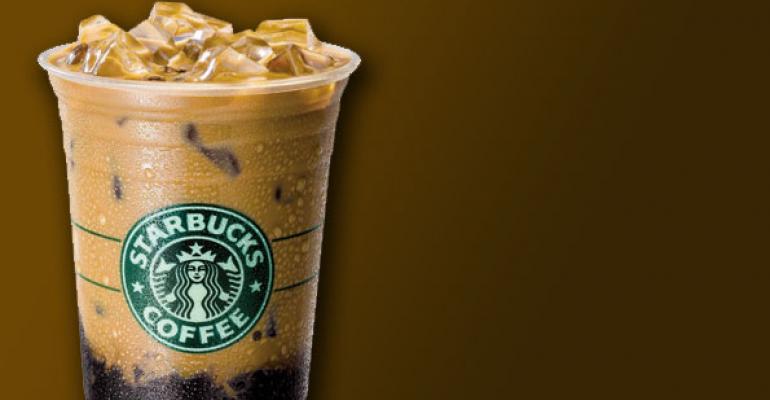 Places like Starbucks, Dunkin’ Donuts and McDonald’s already sell oceans of iced coffee in the summer, getting a premium price for it. Now new survey results suggest that full-service restaurant operators can boost sales of these cool, caffeinated concoctions simply by offering plenty of flavored options in addition to plain iced coffee.

It’s a proven formula. The big chains offer a wide variety of flavors for iced coffee and iced coffee-based drinks—nine alone at Dunkin’ Donuts, even more from Starbucks. The key for restaurants might be to focus on doing just a few of the more popular flavors well. Keep in mind that a glass of flavored iced coffee or an iced coffee drink does triple duty for many customers. It functions as a caffeine-laced energy beverage, a drinkable dessert and a summer cooler all in one.

Which flavors hold the most interest for customers? That’s what a study backed by Baileys Coffee Creamers sought to find out. The online survey, conducted by Harris Poll, quizzed 2,037 U.S. adults about their iced coffee drinking habits. Among the data points that emerged:

• Fifty-five percent of U.S. consumers drink iced coffee, with 42 percent drinking iced coffee at home.
• Thirty-seven percent add flavor to the coffee drinks they make at home, even though few stock the arsenal of add-in flavors a coffee shop or restaurant would typically keep on hand. The most popular flavors were French vanilla (23 percent); caramel (16 percent); hazelnut (15 percent); and chocolate (13 percent).
• Eight percent add Irish cream to the iced coffee they make at home. This may understate consumer interest in Irish cream-flavored iced coffee in a restaurant setting, however. Note that two of the eight flavor options offered by Dunkin’ Donuts are based on Irish cream—“Irish Creme Swirl” and “Mocha Irish Creme Swirl.”
• An additional six percent of U.S iced coffee drinkers say they added almond or cinnamon flavor most often.

The survey’s second line of inquiry sought to define which demographic groups drink iced coffee the most. The researchers at Harris found that Millennials (ages 18-34) are more likely than those ages 35-plus to drink iced coffee, to drink it at home and to add flavors to it. If there are a lot of Millennials in your customer base, flavored iced coffee and iced coffee drinks look like a promising way to push seasonal revenue for your coffee program.

But presuming you have a liquor license, there might be an even-better option. Customers can’t get an iced coffee cocktail at Starbucks, Dunkin’ Donuts or McDonald’s. But they can get one from a full-service restaurant that has a bar.

Here are a couple of options to explore, courtesy of FONA International’s latest trend report:

A nifty option for to offer customers who don’t want to consume alcohol is the Caffe Shakerato (shake up a simple combination of cold-brew coffee, chocolate syrup and sweetener, pour into a chilled martini glass). It’s a stylish iced-coffee drink that full-service restaurants do well. Watch how to make one here:

Your mixologist can probably take it from there. Just keep mind that high season for iced coffee drinks is short. If you want to cash in, get going today.

Sponsored Content
Iced coffee: a beverage for all seasons
Oct 21, 2013