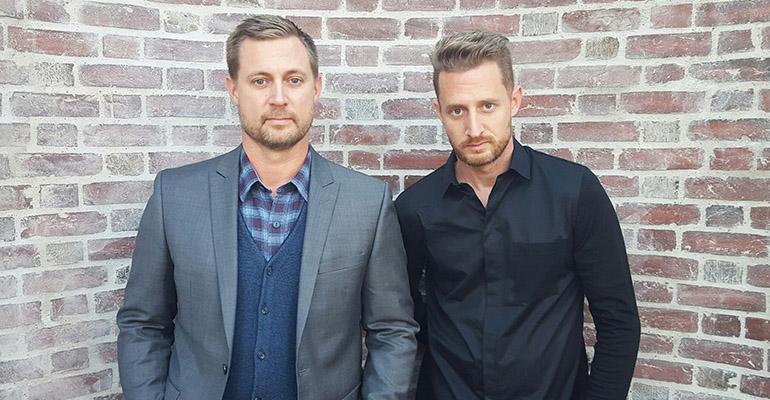 Voltaggio brothers to open STRFSH in LA, Monger in Miami

After working together for the first time on a steakhouse that debuted earlier this year in Maryland, brothers Bryan and Michael Voltaggio are planning a fast-casual seafood concept in Santa Monica, Calif.

On the menu will be build-your-own sandwiches with grilled fish, house-made rubs and condiments on a toasted potato roll. STRFSH will also feature boardwalk fries, common on the East Coast.

The restaurant will open in partnership with United Talent Agency, or UTA, which indicates a television show might also be in the works. Officials did not immediately respond to questions about UTA’s role in STRFSH. Both brothers have appeared in various “Top Chef” episodes

The new concept is the next in a series of projects the brothers have in the works together, according to press materials.

Next up is Monger by The Voltaggio Brothers, slated to open before the end of the year at the upcoming food hall Central Fare in downtown Miami. https://vimeo.com/191689323

The full-service Monger will be designed to resemble a retro grocery store with a fishmonger, butcher and green grocer, where guests will curate their own meals through an interactive menu, according to the restaurant’s website.

Details on pricing and specific menu items for both restaurants were not available at press time.

The Voltaggio brothers’ parents live in Florida, so they plan to visit often. The chefs grew up in Maryland, where their Voltaggio Brothers Steakhouse is located at the MGM National Harbor in Oxon Hill, Md.

Los Angeles is familiar ground for Michael Voltaggio, who is chef and owner of the former ink, which has been renamed ink.well after a move across town to a new location. Michael also has the more casual Sack Sandwiches in Los Angeles, and a hybrid called ink.sack at Los Angeles International Airport, or LAX.

Bryan Voltaggio is executive chef and owner of a portfolio of restaurants that includes Volt and Family Meal, both in Frederick, Md., as well as the two concepts Range and Lunchbox in Washington, D.C., and the two-unit Aggio in Baltimore and Ashburn, Va.