/sites/all/themes/penton_subtheme_restaurant_hospitality/images/logos/footer.png
Recent
Recent
How Cali Comfort BBQ is transforming from a full-service restaurant into a commissary servicing 10 ghost kitchens
Jan 22, 2021
Jose Garces adjusts to the changing times with videos, cooking classes and virtual kitchens
Jan 21, 2021
President Joe Biden calls for sweeping immigration reform on first day in office
Jan 20, 2021
When a beverage director is out of reach, a consultant can fill the gap
Jan 20, 2021
Here’s how President-elect Joe Biden plans to speed up vaccination distribution
Jan 15, 2021
Featured
Biden coronavirus response plan includes orders for rules on restaurant operations and worker safety
Jan 21, 2021
Crave Hospitality Group’s Scott Howard shares tips on getting food to travel well
Jan 19, 2021
Flavor of the Week: Garam Masala – the finishing spice blend from India
Jan 19, 2021
5 Things: Indoor dining will resume in some areas of New York State
Jan 14, 2021
In The Kitchen with Bret Thorn
brought to you by 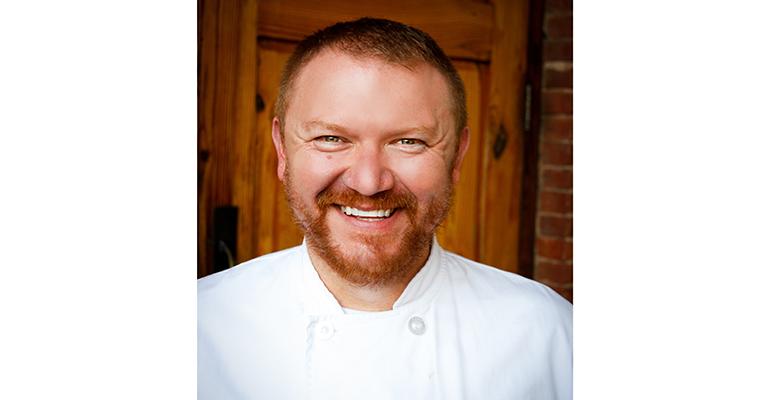 Soby’s has been a culinary landmark in Greenville, S.C., for more than 20 years. The flagship of Table 301, Carl Sobocinski’s restaurant group that has spearheaded the revitalization of the city’s Main Street, Soby’s has long delighted guests with modern Southern food and a boisterous brunch in its cavernous dining room.

But of course that dining room had to close in early March as the COVID-19 pandemic swept the United States.

Shaun Garcia, a native South Carolinian who has been Soby’s chef for most of the 21st century, had to quickly adjust his menu to food for curbside pickup and delivery that traveled well and that his customers still craved.

“People love bone marrow in the restaurant, but it’s not going to travel well,” Garcia said. Also, “People don’t want to reheat it when they get home.”

Mussels, too, are gone, because tepid mussels are unappetizing at best. “You want to eat them right when they come out,” Garcia said.

“We wanted our food to still be at the caliber that you’d come to love when coming to Soby’s — when you could come in — and be able to enjoy it whether you’re taking it on a picnic or taking it out back or you’re taking it at your kitchen table with your family.”

Fried foods, like calamari or fried green tomatoes, would be disasters once they got home, so they’re gone, but Garcia has kept his famous fried chicken on the menu due to popular demand.

Fried chicken with mac & cheese and green beans is one of several “family meals” that are on Soby’s new menu. Each meal is made to feed four people and is packaged to travel as well as possible.

There’s also soup and salad, and some sides like pimento cheese — and of course the entrées in the family meals are available à la carte, but the family meals have quickly become the stars of the new business.

“We’re having a lot of success from the family meals,” Garcia said. “We see people pick them up, and within an hour we’ll see something go across social media. They post and tag us and they’ve all made their plates. And that’s what makes me really happy. They’ve assembled their own plates, and being able to still be part of their dining experience, but in their own homes, is what keeps us pushing.”

Soby’s now does between six times and eight times the amount of takeout that it did before the lockdown, but like most restaurants, Garcia has had to lay off staff. However, he’s been able to keep some servers on the payroll by having them do deliveries. He said that not only allows him to keep them on staff, but also lets his servers maintain their relationships with long-standing guests, and the customers appreciate it.

“The person that they’ve been seeing for years take their order, now they’re going to bring their order to their house,” he said. “So you have that face and familiar voice and that camaraderie — ‘Oh, I’ve checked on the so-and-sos. They’re doing good. We dropped off food with them.’”

The operational shift to takeout has required a different mindset, Garcia said.

“We’ve all joked in the kitchen that whenever we start doing real dining room service again we’re going to need a couple weeks of training, ’cause we have a mindset of everything going in a to-go container and our menu’s been slimmed down.” 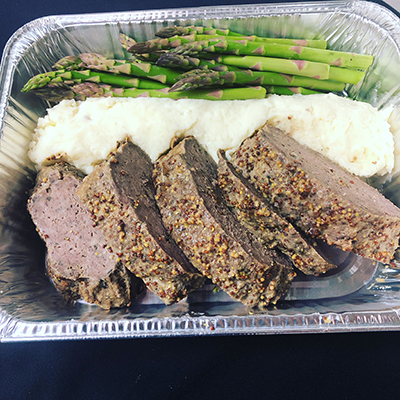 Also instead of plating beautiful dishes, everything is packed to arrive in good shape at its final destination. The shrimp in tomato gravy is packed separately from the creamy Anson Mills grits, and the mashed potatoes and broccolini are each in their own containers.

“You don’t want crab cakes submerged in the maque choux, or the mashed potatoes mixing with the green beans,” Garcia said.

To help promote the fact that Soby’s is still open for business, Table 301’s food truck, normally used for now-nonexistent events, is either parked right on Main Street, or it’s driven to different neighborhoods to cater to hungry customers who are sheltering at home.

Although Soby’s is the brainchild of Sobocinski, Garcia started there in 2003, left for a year, then came back and has been there ever since, so he thinks of the restaurant as his baby, too.

“I’m very proud of what I’ve built and the great team that I have. It’s maybe someone else’s dream, but I got to be a part of it and live that dream every day, and I couldn’t ask for something better.”

Now that the dining room is closed, Garcia says he misses the extended family that was his entire staff, and he hopes to get back to normal sometime soon.

Related to that, he understands why the comfort food he’s selling is what people are drawn to.

“Those are things that strike the heart and soul of all people. No matter what your background, where you come from, you can always come around plates of food, tables of food, and that food’s the universal language that can bring you together and bring you comfort, and we all need some comfort right now.”