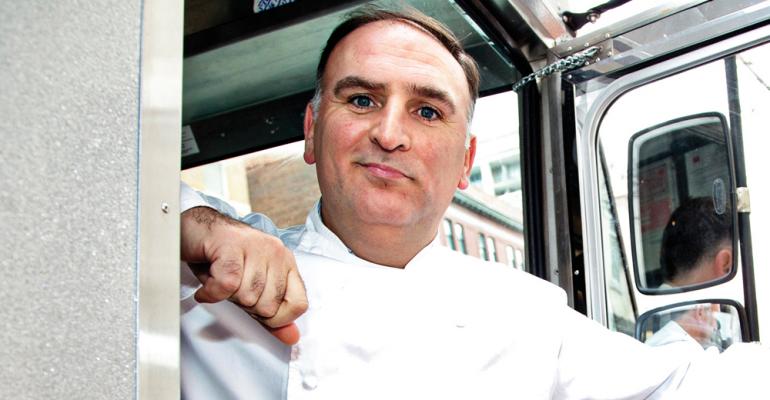 Awards gala theme to celebrate chefs who rise to the occasion

José Andrés, chief of the ThinkFoodGroup in Washington, D.C., has been named Humanitarian of the Year by the James Beard Foundation. He will be honored at this year’s restaurant and chef awards gala at Lyric Opera of Chicago on May 7, where the theme of the event will be “Rise.”

In a release announcing Andrés’ recognition and the theme, the foundation said that “‘Rise’… celebrates the community of chefs and industry leaders who rise to the occasion — whether to feed those in need, to stand up for what they believe in, to support their local communities, or to express their personal stories through their cooking.”

The foundation said Andrés was being honored as the founder of World Central Kitchen, which served over three million meals in Puerto Rico in the aftermath of Hurricane Maria.

Fitting into the theme of standing up for what they believe in, Andrés also gained wide recognition during the 2016 presidential campaign, when he pulled out of a deal to open a restaurant in a Trump hotel following then-candidate Donald Trump’s racist remarks regarding Mexican immigrants.

Andrés also was recently named to Nation’s Restaurant News’ Power List as a tastemaker and humanitarian.

He has won numerous James Beard Foundation awards, including best chef in the Mid-Atlantic in 2003 and Outstanding Chef nationwide in 2011. He was inducted into the foundation’s Who’s Who of Food & Beverages in America in 2007, and was inducted into the NRN MenuMasters Hall of Fame in 2013.