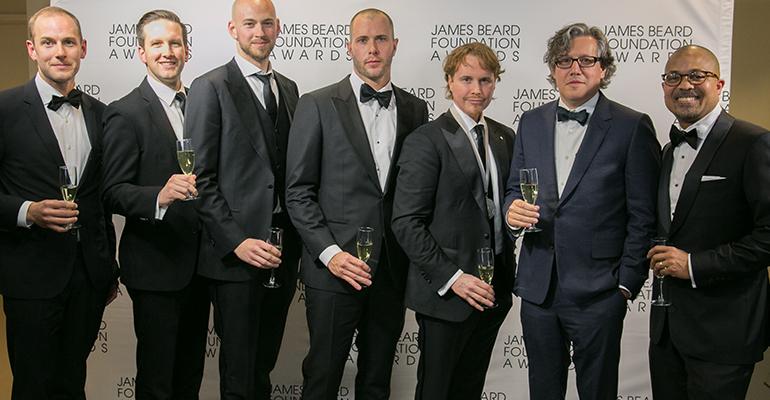 The James Beard Foundation Awards took place last night in Chicago, with some familiar names, as well as some new restaurants taking home honors in what’s sometimes called “The Academy Awards of the culinary world.” It was hosted by Carla Hall, co-host of the television show "The Chew" and former "Top Chef" contestant.

The often-nominated and much-lauded Alinea in Chicago, whose chef Grant Achatz won the foundation’s 2008 Outstanding Chef honors, captured the coveted Outstanding Restaurant award for 2016. Alinea, home to Achatz’s innovative molecular gastronomy, has earned other Beard awards in recent years, but never the top honors. Accepting the award, Achatz thanked his team and praised them for "taking the risk to innovate."

The Outstanding Restaurateur award went to Ken Friedman of The Spotted Pig, The Breslin and Tosca Cafe in New York.

Once the domain of Manhattan restaurants, a significant number of West Coast professionals and operations have been recognized by the Beard Foundation in recent years.

New York-based celebrity chef and restaurateur Marcus Samuelsson, who was added to the foundation's elite "Who's Who" list last night, said the geographic diversity of this year’s batch of winners is due in part to the use of social media. "What you're seeing tonight is an evolution of the last 15 years," said Samuelsson.

Other highlights included the presentation of the Lifetime Achievement award to Leah Chase, the “Queen of Creole Cuisine” at Dooky Case's Restaurant in New Orleans.

See the James Beard Foundation’s website for a complete list of winners as well as photo and video highlights from last night’s event.