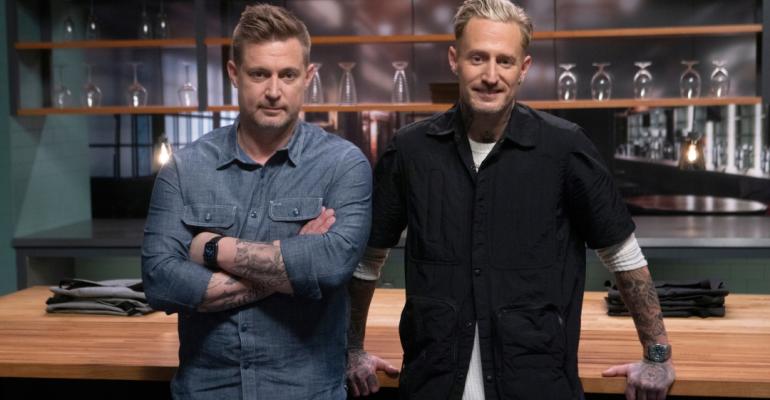 The award-winning chef brothers leave the restaurant they founded in the Conrad hotel in Washington D.C. in 2019

Bryan and Michael Voltaggio have decided to part ways with the restaurant they were instrumental in starting, Washington D.C.’s Estuary, the restaurant announced Tuesday.

Estuary, which is located inside the Conrad hotel, debuted in 2019 just months before the pandemic.

“We appreciate the opportunity to have opened a signature restaurant for the luxury hotel in the heart of Washington, D.C., a city that is close to our hearts and has become a renowned culinary destination. We wish the team at Estuary all the best” said Bryan Voltaggio in a statement.

The brothers are currently focused on multiple upcoming projects throughout the country.

Their restaurants include Thatcher & Rye in Fredrick, Md. and STRFSH in Los Angeles.

Estuary’s menu focuses on the regional cuisine of the Chesapeake Bay; the brothers are from Frederick, Md.

“We are very grateful for all of the professionalism, work and creativity that Bryan and Michael have brought to Estuary,” said Laura Schofield, general manager of the Conrad, in a statement. “We look forward to carrying on their tradition of culinary excellence at Estuary and hope to work together again in the future.”

The restaurant did not say why the brothers were leaving.

Estuary’s said that they will announce a whole new culinary team soon.