/sites/all/themes/penton_subtheme_restaurant_hospitality/images/logos/footer.png
Recent
Recent
Flavor of the Week: Hard seltzer — the flavored malt beverage that has captured the market
May 03, 2021
New on the Menu: Three dumplings and a cocktail
Apr 30, 2021
New DoorDash pricing tiers offer commission rates starting at 15%
Apr 28, 2021
Brooklyn Fare grocery reopens Chef’s Table with expanded menu
Apr 28, 2021
Nextbite to expand its portfolio of celebrity-linked virtual brands
Apr 28, 2021
Featured
Alternative delivery players challenge the bigger third-party marketplace model
May 04, 2021
The new maximalism: Will restaurant design do a 180 into rebellious excess?
Apr 22, 2021
Pat Martin, chef and owner of Martin’s Bar-B-Que and Hugh Baby’s, discusses the business and meat supply of the coronavirus pandemic
May 05, 2021
Eleven Madison Park in New York City to reopen with meatless menu, chef and owner Daniel Humm says
May 03, 2021
In The Kitchen with Bret Thorn
brought to you by 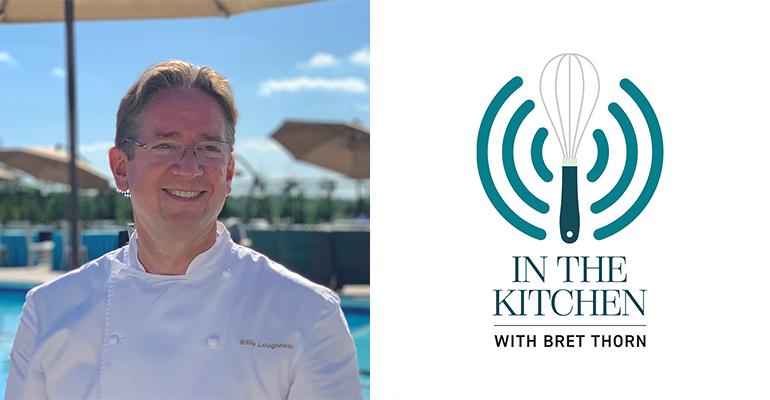 In this podcast Loughhead discusses his career path, his changing priorities and the memories he has created along the way.

Willis Loughhead got his start cooking in cool, trendy restaurants in the Northeast and Florida — I first interviewed him around the turn of the century when he was chef at Tantra, an aphrodisiac-themed restaurants in South Miami Beach, Fla. — but after years of living the rather debauched life that often came with working in the back of the house of independent operations, he started to look inward and focus on his own mental health and those around him.

He soon ended up in the more stable environment of hotels, working for the Ritz-Carlton group as well as the Plaza Hotel in New York City, although he also ran the kitchen for the bar room at The Modern, the fine-dining restaurant at the Museum of Modern Art in New York.

Loughhead was all set to leave the kitchen and go into hotel management when the pandemic hit, devastating the New York hotel scene and ending any short-term prospects for a career in that field.

So Loughhead instead went out to the suburbs and is now at Crestmont Country Club in West Orange, N.J., where he is chef as well as assistant general manager, running the kitchen as well as managing the budget for maintenance of the golf course greens.

Social distancing is a lot easier in the countryside, and it turns out that the food is pretty great, too.

In this podcast Loughhead discusses his career path, his changing priorities and the memories he has created along the way.