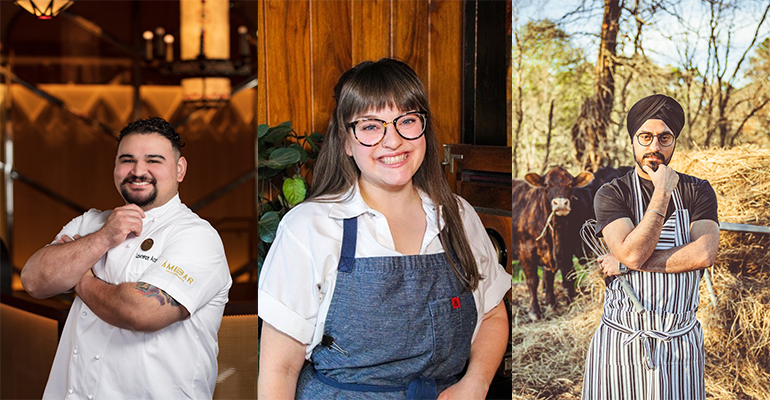 Some sectors of the economy have been hit worse than restaurants by the pandemic — namely hotels, which suffered massive losses as people stopped traveling for a while.

Outside of hotels, Cody Auger, known for his Portland, Ore., restaurants Hokusei and Nimblefish, is the new chef at Takibi, award-winning pastry chef Hedy Goldsmith is now plying her craft at Abbalé Telavivian Kitchen in Miami Beach, Fla., A. J. Capella is now at Liberty House in Jersey City, N.J., Michael Fusano is at La Bise in Washington, D.C., Erin Kobler is now doing pastry at Andrew Zimmerman restaurants Sepia and Proxi and Matthew Levin is at Pineville Tavern, and Melissa Smith is now a full-time baker at Between Rounds Bakery Sandwich Café in Vernon, Conn.

Additionally, David Negri has joined the Bastianich family’s restaurants and is now running the kitchen at Lupa in New York City, and C.J. Kahley and Jolie Skwiercz are now at Wrigley Mansion in Phoenix.

Thomas Bellec is now in the Sonoma Valley at Bricoleur Vineyards. Jaspratap “Jassi” Bindra is executive chef and managing partner of Kahani Social Group, which doesn’t have any restaurants yet, but will soon.

Michael Michaelidis is the new head of culinary at the Riviera Dining Group, Daniel Carpenter is now at the consulting firm Sterling Rice Group, and Alex Ricciutti is working for Viking.