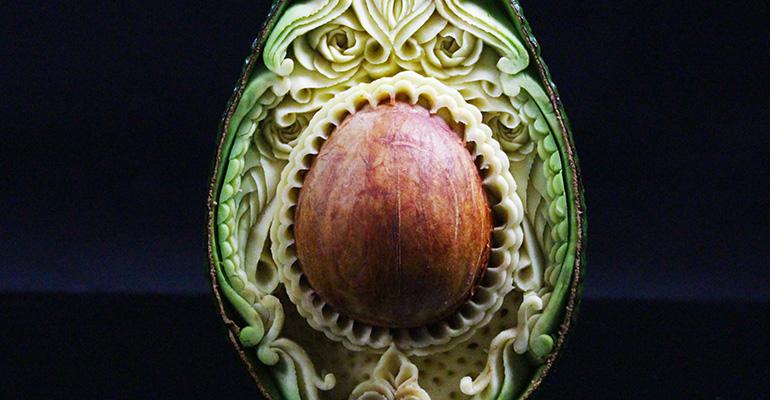 Daniele Barresi said an avocado is changing his life.

The pastry chef in Sydney, Australia, has a love for carving fruits and vegetables. It’s a talent that was inspired by carvings he once saw at a wedding.

“From that day, I try to explore the Internet finding information about it and trying to practice it as much as I could,” he said.

It has been more of a side gig, he said, something he did for parties without much profit.

But recently he posted a photo of one carving of an avocado on Instagram that has gone viral, garnering “billions” of views, he said, and more than 12,000 likes within a week.

The photo has opened doors to collaborations with businesses around the world, from Miami to Amsterdam, he said. It’s not clear yet where that may lead.

“This is what I want. I would like to be part of a big company to do my job full time,” said Barresi, who is originally from Italy, where he went to culinary school. “I would like to create my sculptures where people can buy.”

Barresi said the avocado took about 40 minutes to carve. He used a not-ripe piece of fruit, to prevent browning. Sometimes he spends up to six hours on one sculpture, and his work includes watermelon, broccoli, even a clove of garlic.

Meanwhile, Barresi said he also carves soap, which has a longer life.

“I would like to have my own brand, but for an artist is something impossible, or better say too hard,” he said.