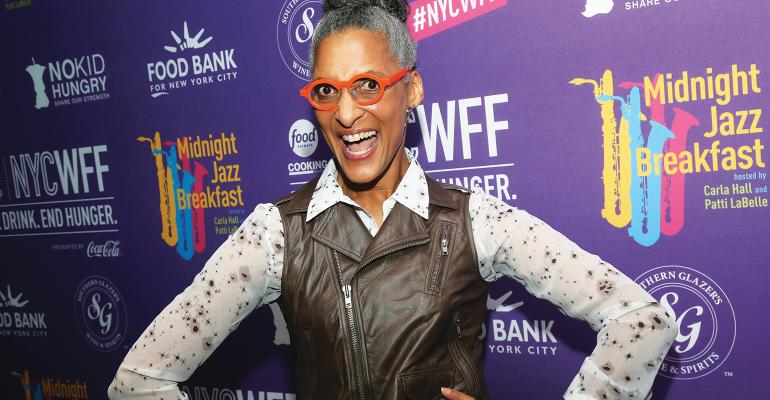 Carla Hall to keynote at MUFSO

Carla Hall, chef, restaurateur and co-host of ABC lifestyle series “The Chew,” will be the keynote speaker at this year’s MUFSO conference, presented by Nation’s Restaurant News.

“We are thrilled to have Carla Hall joining us at MUFSO this year,” said NRN publisher Laura Viscusi.

“Restaurant executives from both established and emerging chains will benefit from hearing from this entrepreneurial industry influencer.”

The conference will be held October 1 to 3 at the Hyatt Regency Reunion in Dallas.

An author of two cookbooks, one of Hall’s calling cards is merging Southern traditions of her Nashville upbringing with the classical French culinary techniques of her training at Academie de Cuisine in Gaithersburg, Md.

“Carla Hall is a force of nature in the food world; she’s helped foster the demand for Southern cooking made with fine-dining techniques,” said Jenna Telesca, editor-in-chief, Nation’s Restaurant News.

“We are looking forward to her sharing her vibrant perspective with the senior restaurant executives attending MUFSO this year.”

The former Top Chef competitor was named on NRN’s Power List this year as an influential tastemaker for her work reimagining traditional southern cuisine.

Hall, who last year opened her first restaurant, Carla Hall’s Southern Kitchen in Brooklyn, N.Y., is also a youth advocate, partnering with the 4-H development organization and traveling to Mozambique with CARE, a global poverty-fighting organization.