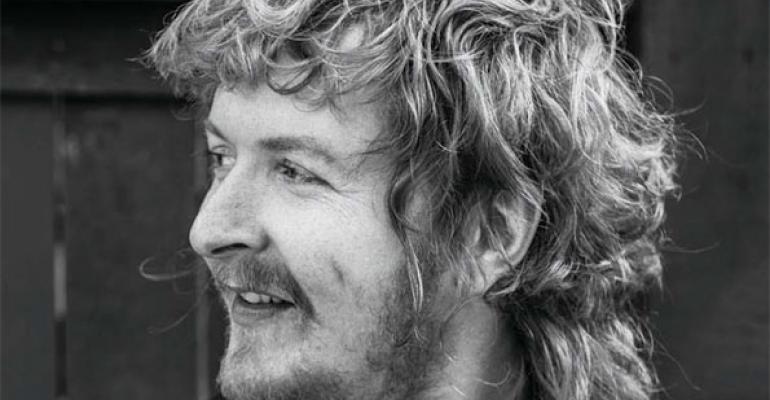 It was a bold move in 2012 when Catbird Seat opened in Nashville with a mere 32 seats surrounding a U-shaped kitchen created for performance-style dining. The experiment not only worked, it landed the concept on nearly every media outlet’s list of best new restaurants, and its two chefs—Josh Habiger and Erik Anderson—were hailed as Best New Chefs by Food & Wine. But with time comes change and the two chefs have moved on.

So how do you replace this kind of talent and keep the momentum going? You hire Trevor Moran.

The 34-year-old Irishman has spent the last four-and-a-half years working alongside Rene Redzepi at Noma, which has consistently been ranked The Best Restaurant in the World by journalists, chefs and restaurateurs. Moran was charged in January to take Catbird Seat to a new level, which is no small feat.

“Since we opened The Catbird Seat two years ago, our vision was to be a place where young chefs can express their creativity with no culinary boundaries. Trevor is an extraordinary talent and takes a team approach to his cooking, so I know the creative minds collaborating in our kitchen are gong to create some amazing dishes,” said owner Benjamin Goldberg.

While the multicourse menu under the former chefs focused on modern, haute cuisine, Moran’s approach is much simpler, showcasing fresh seasonal vegetables, occasional bites of carefully procured meats and whimsical sweet treats, such as kartoffelkage, a potato cake that closely resembles an actual potato but is really a sweet pastry with marzipan. Though Moran’s approach may be “simpler,” it’s by no means simple. Consider, for example, a recent menu item called Pork Sandwich Snack.

The sandwich consists of pig tails braised in stock and beer. They are deboned and the skin is crisped slowly. “The skin will become like glass if you really take care to let it caramelize slowly, rendering out the fat,” Moran explains. The braising liquid is reduced to a glaze and is applied to the tail, which is then put in a bun piled with pickled onions and caramelized onion puree.  “It’s a two-bite snack,” he says.  The simplicity of the sandwich belies the labor and technique that go into it. The courses that follow during Catbird’s three-hour meal build to a satisfying crescendo.

So far, Moran has wowed the critics.

“It’s one thing to strive for greatness and it’s another to actually achieve it,“ wrote Steve Cavendish, food writer for the Nashville Scene. “The meal we had shows Moran was the right hire—and one hell of a chef.”