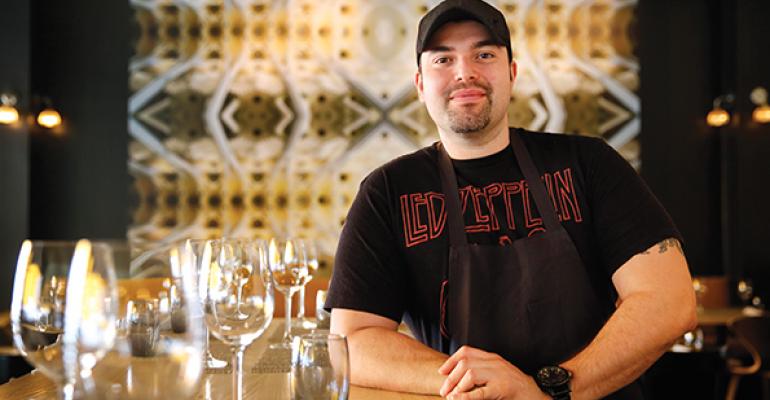 Omar Flores is the chef/owner of Casa Rubia, a Spanish tapas restaurant in Dallas. He opened Rubia after making a splash at Driftwood, which some consider the best seafood restaurant in Dallas. Within six months of opening Casa Rubia, it was named one of the best new restaurants in Texas by Texas Monthly, and it was nominated for a James Beard Award as one of the country’s best new restaurants. Flores also was nominated for a James Beard award for best chef in the Southwest.

1. Citrus. I’m an acidity junkie. I specifically love lemons. The juice brightens any dish. I also love the zest grated over fresh pasta or seafood.

2. Aztec Grill. It’s made in Dallas and we use a combination of aged hickory and mesquite wood. It makes for killer meats, seafood and paella. There’s nothing like food cooked over hardwood.

3. Spoons. They are my go-to tool. Gray Kunz makes a pretty nice line of spoons for any task in the kitchen—saucing, basting, tasting.

4. Daniel Humm cookbooks. His cookbooks are not only beautiful but also functional. The best part about Daniel is that he seems like a modest guy. I can’t wait for The Nomad Cookbook to come out.

5. Instagram, Twitter, Facebook. Social media is the new it business tool. I use these three to help bring awareness to the restaurant and to me as a chef. No restaurant can survive without it these days.