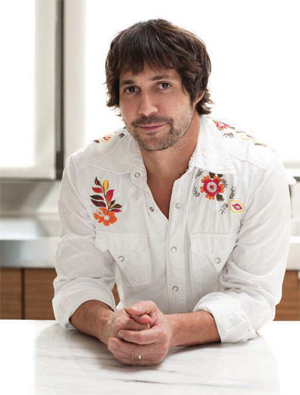 Ken Oringer is the chef/owner of Clio, Uni, Toro, La Verdad and Coppa in Boston. He’s also the mastermind behind Earth at Hidden Pond, a farm-to-fork concept in Kennebunkport, ME. Clio, which blends Asian, French and new American, opened in 1997 and was named a Best New Restaurant by Esquire. Four years later, the James Beard Foundation named Oringer the Best Chef in the Northeast. Along the way, he’s teamed up with another award-winning chef, Jamie Bissonnette, to operate Toro, which offers Spanish-style tapas, and Copa, an enoteca. A few years back, Star Chefs gave Oringer its Rising Stars Mentor Award for his dedication to teaching and inspiring the next generation of chefs.

1. Soy sauce. It’s my favorite ingredient by far. It’s instant umami and is so versatile. I put it in everything, from a Bolognese sauce to a good braising liquid for pig’s feet or pork belly. I use it anytime I cook mushrooms and, of course, at my sashimi bar (Uni).

2. Vitamix. It’s so powerful. I use it from the morning in my home to nightly at my restaurant. I make vegetable smoothies with it every morning and purees, vinaigrettes, Romescos, emulsions and more in my restaurants.

3. Jacques Pepin’s The Art of Cooking. Both volumes—one and two. They are still my go-to cookbooks. They offer so much more than just classic French dishes. There’s real creativity in them.

4. Water and gin. All day long I drink tons of water and green vegetable juice. At night my go-to cocktails include gin or mescal. I love a good gin and tonic.

5. Twitter. I get more information from Twitter than any other site. For example, I was just in Barcelona where I needed a good spot to eat on Sunday night, when most places shut down. I sent out a Tweet asking for recommendations and got some great responses. As a result, I had an incredible meal.