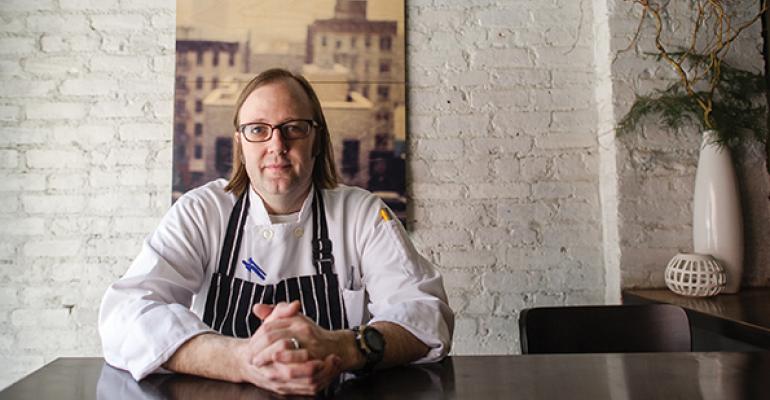 Wylie Dufresne is the chef/owner of Alder, a New York City restaurant serving creative pub fare. Bon Appetit named it one of the Best New Restaurants in America when it opened in 2013. Previously, the 44-year-old James Beard Award-winning chef operated WD-50, which put him at the forefront of modernist gastronomy in America. He’s also been immortalized on The Simpsons as a cartoon character.

1. One thing you don’t know about me is that I always have at least one flashlight on me at all times.

2. If I could trade places with one chef it would be Marie-Antoine Carême. He cooked at a very exciting time in history. He is the father of the high-art French cooking, what was known as “grande cuisine.” And the grandiose meals he made look amazing and it would have been fun to try that!

3. If there were no butter, I’d have no reason to live.

5. If I were on death row my last meal would be a cheeseburger(s) and red wine with friends and family.

6. If I could change one thing about me I would be less of hoarder! I have too much stuff!

8. If I wasn’t a restaurant operator, I’d love to be a baseball player.

9. If I could have a meal with anyone living or dead, it would be Ben Franklin.

10. What would you make him? I was hoping he would cook!