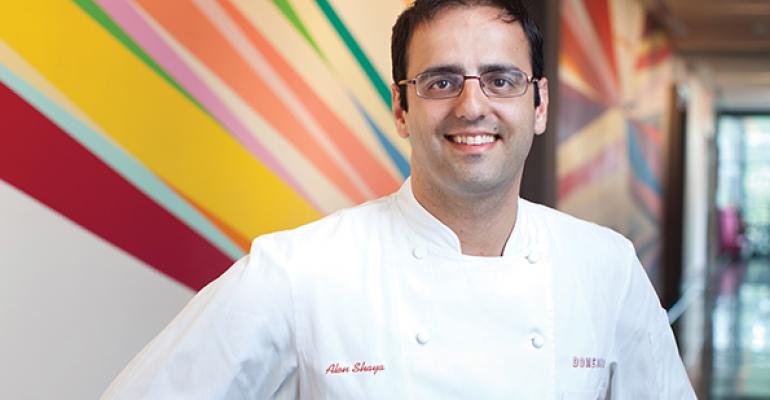 Alon Shaya is the executive chef and partner of Domenica and its more casual sister restaurant, Pizza Domenica, in New Orleans. He recently opened a modern Israeli restaurant called Shaya with his partner, Jon Besh.

1. One thing you don’t know about me is that I attend an annual Mardi Gras dog parade called Barkus.

2. If I could trade places with one chef it would be Thomas Keller. He has accomplished so much and has inspired others to be great.

3. If there were no wood-fired pizza I’d have no reason to live.

5. If I were on death row my last meal would be a toad-in-the-hole made by my wife, Emily.

6. My worst culinary creation was a spinach and feta cheese-stuffed turnover that I tried making for my second grade talent show. I forgot the puff pastry and spinach.

7. One thing I would change about myself is my ever-increasing iPhone addiction.

8. My favorite junk food is SpongeBob Squarepants-shaped macaroni and cheese with ketchup.

10. If I could have a meal with anyone it would be with my deceased grandparents and it would be cool if Benjamin Franklin were at the table, too.