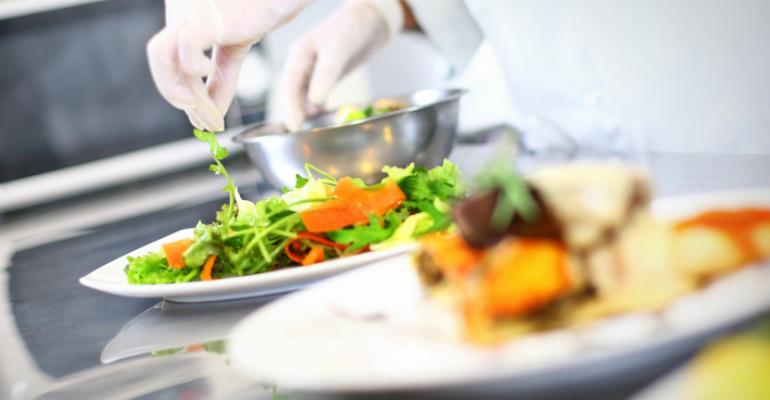 Consumers are increasingly judging restaurants by what’s not on the menu.

So-called “clean” menus, which eschew additives and preservatives in favor of fresh, minimally processed fare, have become an important component in forming a bond of trust between consumers and foodservice brands.

“It’s about transparency — knowing where your food is coming from, and knowing what you are putting in your body,” says Maeve Webster, president at Arlington Vt.-based Menu Matters.

She sees clean menus as the next iteration of the trend toward natural, organic and locally sourced items on restaurant menus.

Operators such as Panera Bread have made transparency around ingredients a cornerstone of their positioning. The St. Louis-based bakery-café chain has published a “No No List” of more than 80 ingredients — from acesulfame K to synthetic vanillin — it has committed to removing from all of its food products by the end of 2016.

In January Panera announced it had reformulated all of the soups served in its bakery-cafés so that they no longer contain artificial colors, flavors, sweeteners or preservatives.

“I want to create soups that our guests will love,” Dan Kish, Panera Bread’s head chef said in a statement at the time. “And equally important, I want them to understand and feel confident in the ingredients that go into those soups. We’ve long been advocates of transparency — providing full ingredient information online — and with these new recipes we have even more to be proud of today.”

The Little Beet, a six-unit chain of  fast casual restaurants based in New York, also takes menu transparency seriously, sharing not only information about the items on its menu but also seeking to offer nutrition education to help consumers make healthier choices.

“Inherent in The Little Beet’s mission is providing fresh, minimally processed ingredients, and we’re focused on providing access to better food, as well as knowledge, so that people can focus on eating well and continuing to eat well,” says Andy Duddleston, managing partner  of The Little Beet.

The chain recently added a menu filtering tool on its website, which allows consumers to search for dairy-free, soy-free, nut-free, vegan, vegetarian and gluten-free options. Another section of the site offers definitions of some common nutritional terms, such as antioxidants and free radicals.

While the chain’s menu currently happens to be 100 percent gluten free, Duddleston says The Little Beet’s approach to food isn’t guided by specific attributes as much as it is by the use of fresh, simple ingredients.

“Our guests like food they know they can trust — food that is simply prepared,” he says.

“These folks are much more savvy about the foods they eat, what’s good for them and what’s not,” Riggs says. “There’s so much more available online now than there used to be. Not only information about foods, but also the impact that certain foods have on your body.

“When they say they want to eat healthy, what they really want are fresh foods, made from quality ingredients,” she says.

Riggs cites research from NPD showing that health is an increasingly important factor in restaurant decision making among young consumers. Among younger millennials, 75 percent say they order healthy foods at restaurants at least occasionally, but about 50 percent say they are not satisfied with their healthy options.

At least two thirds of millennials say they would visit a restaurant more often if it offered more appealing healthful menu options.

Webster of Menu Matters says chain restaurants have the ability to “lead the charge” by committing to clean menu labels. While reformulating their own recipes, they are also encouraging their suppliers to accommodate the demands of their consumers.

“The chains can really force the issue with manufacturers who might be dragging their feet,” she says.

While such pressure can be challenging for many manufacturers, it can also lead to important innovation, says Webster.

“It forces them to take a step back to look at what ingredients are being used, why they are being used and whether there is a critical benefit,” she says. “If not, is it something they can get rid of, that will simplify the process, potentially decrease costs and in the end potentially make food that is better for consumers?”

Some manufacturers have taken the lead already in this process.

Riggs of NPD stresses that while consumers are increasingly concerned about health, “the bottom line is that it still has to taste good.”

Chefs hear that message loud and clear, and many say that “less is more” when it comes to satisfying consumers’ taste buds.

“Time and again, we’ve found that when you replace artificial additives with simpler ingredients, you achieve a better taste,” says Kish of Panera.