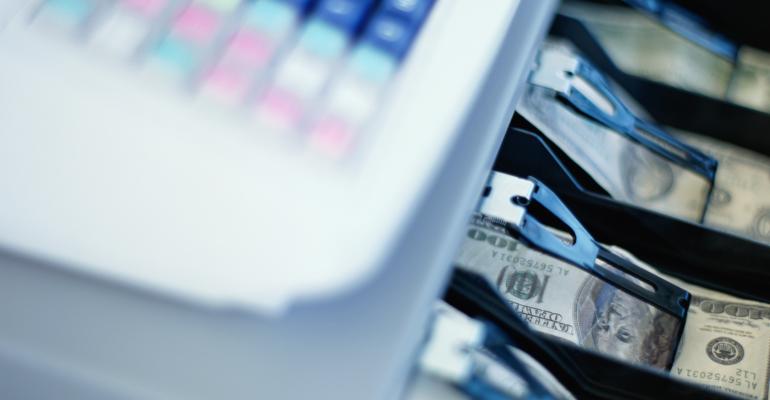 10 ways to step up loss prevention

There are a number of restaurant and bar “spy” programs on multiple television channels. The basic premise is this: An owner has shortages, either in cash, food or alcohol. Cameras are somehow clandestinely put up overnight and no one seems to notice.  (This always amazes me, since we all know how long it takes to get things done in a commercial food establishment, and how everything is disrupted while it is happening.)  A mystery person goes in as a new employee and undercover diners go in wired for spying.  All well and good, but incredibly expensive for the average place.

The major problem with this sort of spying is that this a reactive situation, not a proactive one.  It is best to prevent problems before they occur, not entrap and fire people afterwards.

Of course, the concept of mystery diners is not new.  I’ve been in the business for 20 years and one of the first companies I hired was an outfit that sent unknown diners in to report on food and service.  The concept of course is much older than that. I worked retail in my first two years of college.  Even back in 1975 mystery shoppers came into the store where I worked.  Of course, this is a low-tech approach, but it’s still effective.  The reports issued by these mystery shoppers and diners are good, but they can only give a report from the perspective of a customer, for that’s basically what they are.

I still support the idea of mystery shoppers and diners, but there are still many other inexpensive things you can do to make sure your establishment is running the way it should and to prevent problems before they occur. For instance:

1.    Get involved.  No one thinks of the phrase “absentee owner” in a positive context.  Being in the establishment is a good start, but you need to get out of your office and on the floor and in the kitchen.  Be seen. What is interesting about these mystery shows on television is that the problem almost always seems to occur because the owner does not have an active role in the daily management.  Often the general manager is involved, but just as often that manager isn’t even aware of what is happening in the establishment when she or he isn’t there.

2.    Drop in at unexpected times.  When I was a restaurant chef my crew knew that I could pop in and out at any time.  I would tell them that I had a doctor’s appointment and would be in late the next day.  I would then come in early and tell everyone the appointment was rescheduled.  More than once I told the kitchen that I was taking a vacation for a week.  I would take two days off and then “come back early.”  I would tell everyone I was going home for the evening and then show up an hour or two later.  The bottom line is that the kitchen staff knew that I could be coming in anytime.  Get your chef and manager (and owners) to do the same.

3.    Use mystery diners.  If you can’t afford a company to do this, then have friends and family members act as mystery customers.  They must be unknown to the staff.  More importantly, they need to give honest feedback.  You should know about the good, bad, and the ugly.  It is no good to have someone who is afraid to say anything negative.

4.    Stop by after hours.  One of the recurring things on the television shows is that abuses are happening after hours.  Bartenders are throwing parties, chefs are using your place for a pop-up restaurant, etc.  Go in when the place is closed, and do it often.  For many restaurants, a drive by will suffice.  No lights on and no parked cars are both good signs when the place is supposed to be closed.  A similar tactic is to check with your alarm company on when the alarm was turned on and turned off.

5.    Do an accurate inventory, and do it often.  Beer, wine, alcohol, food, to-go containers, plates and glasses, etc.  Everything.

7.    If you are multi-unit, have store managers, leads and kitchen managers from one unit drop in on another unit.  It is best if the people don’t know each other.  The advantage of this is that they are already on payroll and more importantly know your operation and your food.  The best part of this is that if you send someone from the Main Street store to check out the Hillside Store you will not only get a report on the Hillside Store, but word will quickly spread around the Main Street store that you may have someone spying on them as well.  Of course, pretty soon all of your units will know about this and without having spent a dime you have greatly improved every aspect of your operations.

8.    Hire an experienced person or persons who you know for the role of consistent mystery shopper.  I am an unusual breed in that I am very knowledgeable about both front- and back-of-house operations.  Several places over the years have asked me to do single or periodic checks on their establishments.  This works best if the person is not known to your employees before his or her first visit.  I used to think that this only worked well if the person did not come in too often.  I felt that coming in too frequently would tip off the crew.  One place asked me to go in weekly.  I started getting comped on drinks, desserts and entrees.  It was amazing that when I became a regular the staff would start telling me things that you wouldn’t believe.  I was invited to after-hours parties, solicited to hold special events after hours for a huge discount off menu prices if I paid cash and even told by different people how incompetent the g.m. and owner were.

9.    Ask friends and family to come in when you aren’t there.  This is the opposite of mystery diners.  I have several friends who ask me to drop in on their places on their days off.  I’m known to their staff.  My popping in for lunch, coffee, a drink, etc. is almost as good as having the owner or g.m. there.  The staff knows that I will feed back anything that I see is out of line.

10.   Rotate staff between units and shifts.  The more comfortable staff is with each other the more likely they will get together to do things that should not be done.  This is a tough tightrope to walk.  You need to have people together enough that they work smoothly with each other, but not consistent enough to become overly friendly.  The side benefit of this is that everyone starts knowing how to work with everyone else, which is a plus if you have to switch around people for special events, staffing shortages, etc.

The bottom line is that you don’t need an expensive spy system to tighten up your operations.