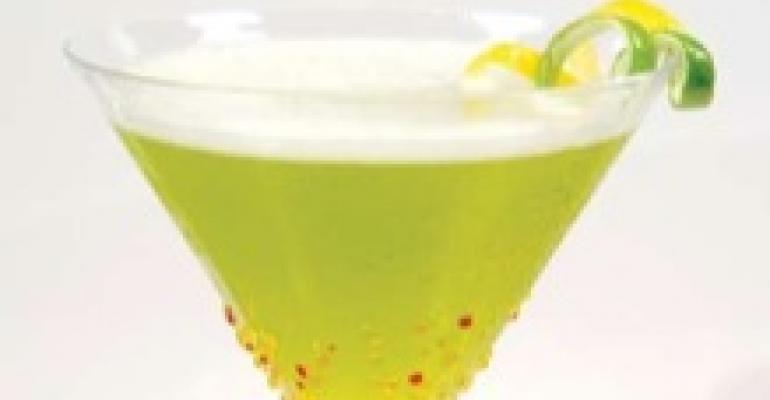 Slaking thirst is the accepted mission of this country's legions of mixologists and bar chefs. It's a good thing, because between the hole in the ozone and summer's dry sense of humor, thirst is a chronic national condition. With today's watchword behind the bar being innovation, this season's most fashionable thirst busters are genuinely exceptional.

Famed Jacques Bezuidenhout at Tommy's Mexican Restaurant in San Francisco has devised a singular twist on America's favorite cocktail. The libation is the fresh and fabulously refreshing Partida Margarita and it's concocted simply with a jigger of Partida Blanco 100% Agave Tequila, an ounce of fresh lime juice, 3⁄4 ounce of Partida Agave Nectar and an equal amount of spring water. The cocktail is delicious, lighter bodied than its liqueur-laden counterpart and entirely organic. The agave nectar is the perfect complement to the tequila and fresh lime juice. It'll challenge your preconceptions what a Margarita can be.

Just in time for the advent of summer is the Wicked Wahine, a specialty at Sola in Chicago. The cocktail features candied ginger-infused vodka, passion fruit and pineapple juices served with fresh cracked pepper and a star anise pod. Mixologist/bar manager Chris Szczechowicz of IVY in Boston is creator of the Leaning Martini, a brilliantly conceived recipe calling for citrus vodka, in-house horseradish-infused gin, fresh lime juice, V8 and an Italian flag of a tomolive, tomato and fresh mozzarella. "It's most often requested served straight up with a salt & pepper rim," says Szczechowicz.

Tales of the Cocktail, a culinary and cocktail festival held each July in New Orleans, recently held a competition to determine this year's official cocktail for the event. The winner of the competition was bartender Stacy Smith at G.W. Fins Restaurant and her cocktail the Starfish Cooler. The tall, luscious libation is crafted with equal parts of Moët and Chandon White Star, Limoncello, PAMA Pomegranate Liqueur, unsweetened iced tea, 1⁄2 ounce of simple syrup and muddled orange slices and mint leaves. Although there are ample reasons to attend the event, this cocktail surely seals the deal. Scott Beattie, cocktail maestro and sommelier at Sonoma County's Cyrus Restaurant, has unveiled a summer masterpiece called the Thai Boxer. Served tall and loaded with ice, the recipe calls for Charbay Tahitian Vanilla Bean Rum, Thai basil, spearmint, lime juice, Thai coconut milk and a fill with ginger beer. The drink is delectable and eminently refreshing.

Sangria's Ascent
When you turn up the thermostat and crank up the thirst, few libations are more satisfying than Sangria. It is essentially a punch, an extraordinary blend of wine, fresh fruit and an assortment of spirits and liqueurs. There isn't one definitive version of Sangria. It is a drink perfectly suited for individuality and an artisan's touch. Often served in a pitcher, Sangria can also be made in single servings.

This light, thirst-quenching classic is typically made with a moderately priced red wine. The famed wines from the Rioja or Penedes regions of Spain are quite appropriate, as are California Zinfandel or Cabernet Sauvignon. In fact, wine choices are limited only by availability and personal preference. Nacional 27 in Chicago markets a savory version of the drink named the White Sangria, which is concocted with South American Sauvignon Blanc or Chardonnay, while the White Sangria served at the Rio Hotel and Casino in Las Vegas is built on a base of Pinot Grigio.

Sangria is a forgiving concoction, so you can't go too far astray.