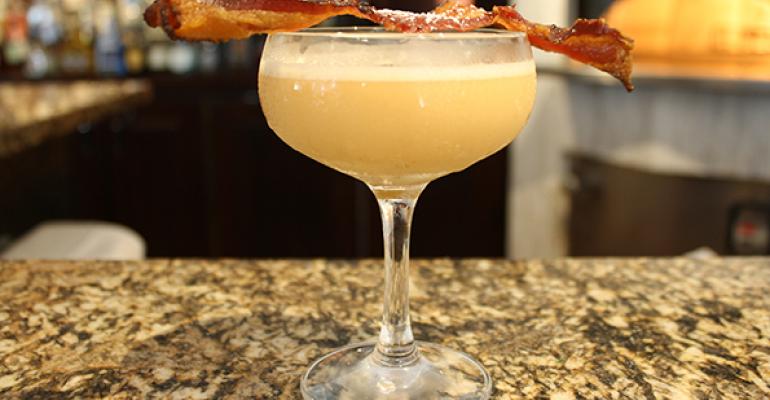 Bourbon: Get into the spirit of this American classic

Even during National Bourbon Heritage Month in September, bourbon and breakfast don’t usually occur in the same sentence. However, head bartender Dan Rook at South Water Kitchen in Chicago might change all that. His breakfast-inspired bourbon cocktail, the Buffalo Soldier ($12), draws on the flavors of bacon, eggs and maple syrup. Other signature crafted cocktails featuring bourbon at South Water Kitchen include the earthy flavors of the Lover’s Carved Heart, a drink combining Bulleit Bourbon with Amaro Averna, birch bark syrup and black walnut bitters.

Bourbon was born in Kentucky more than 200 years ago. Not only is the Bluegrass State the birthplace of bourbon, it also produces 95 percent of the world’s supply. In 1964 Congress declared bourbon the country’s only native spirit; in 2007, Congress designated September National Bourbon Heritage Month. By definition, Kentucky Bourbon is made with a minimum of 51 percent corn, aged in charred new oak barrels and stored at no more than 125 proof.

Invite your customers to experience the bourbon tradition with food-compatible cocktail creations of your own. Check out the following ideas for inspiration.