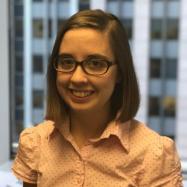 Meet the top restaurant execs appointed in 2018
Dec 18, 2018
Twenty-one people assumed the top post at their respective companies in 2018. Here’s a look back at who was appointed to president or CEO at small restaurant chains and foodservice organizations this year...

What Yankee Stadium is serving up this year
Mar 28, 2018
Baseball team adds menu items for 2018 season

25 notable restaurant designs of 2017
Dec 19, 2017
Take a look at high-profile openings and renovations