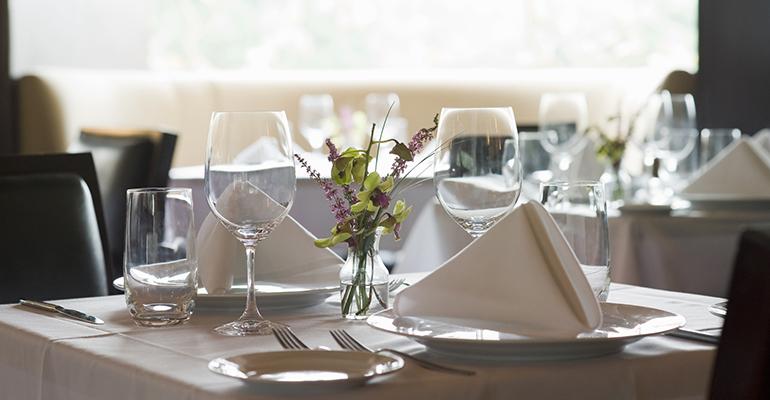 What we’re reading: How restaurants stay on schedule; a no-show blacklist and more

Interesting restaurant news from around the Web

Restaurant Hospitality scours the Web for interesting reads on restaurants, food, chefs and more. This week, we take a look at tactics for timing table turnovers, a no-show blacklist in Australia, a “Golden Girls”-inspired café in New York City and more.

How restaurants stay on schedule: Table turnover is critical to a restaurant’s profitability, and operators are taking the matter more firmly into their own hands with a variety of methods. Some tactics are aided by technology, such as online reservation systems, but other means include observing what types of food customers order and avoiding discussing dessert until the end of the meal. (The Wall Street Journal)

A blacklist for restaurant no-shows: No-shows can wreak havoc on small restaurant operators. Dimmi, a popular online reservation service in Australia, has introduced a list of no-shows to curb the potential damage. So far, the strategy has resulted in a 25-percent decrease in no-shows. Dimmi says its goal is to eliminate no-shows by 2020. (Fine Dining Lovers)

“Golden Girls” spawns a café: The popular TV show “Golden Girls,” which aired from 1985 to 1992, is enjoying a revival with the opening of the themed Rue La Rue Café in New York City. The eatery, whose namesake is actress Rue McClanahan, who portrayed the character Blanche Devereaux, serves up series-inspired fare like cheesecake and lasagna, along with a heavy dose of kitsch. (CNN)

Icelandic president’s pizza comment sparks debate: Gudni Thorlacius Johannesson, president of Iceland, made an unknowingly bold statement last week. No, it didn’t deal with Europe’s migrant crisis, currency or even Brexit. The subject? Pineapple pizza. A remark made in passing that pineapple pizza should be outlawed made its way across the media and sites like Reddit. The public at large remains split on Johannesson’s pronouncement. (The New York Times)

Waitress squares off with lizard: Waitstaff deal with a plethora of problems that pop up throughout their shifts, but a large goanna lizard is not typically one of them. At the Mimosa Winery restaurant, on the South Coast of Australia, waitress Samia Lila was serving customers when the lizard, so large that Lila initially thought it was a dog, began making its way across the dining room. While she admitted to initially screaming when she saw the creature, she quickly regained composure and pulled the lizard out of the restaurant by the tail. Add that to the training manual! (The Age)