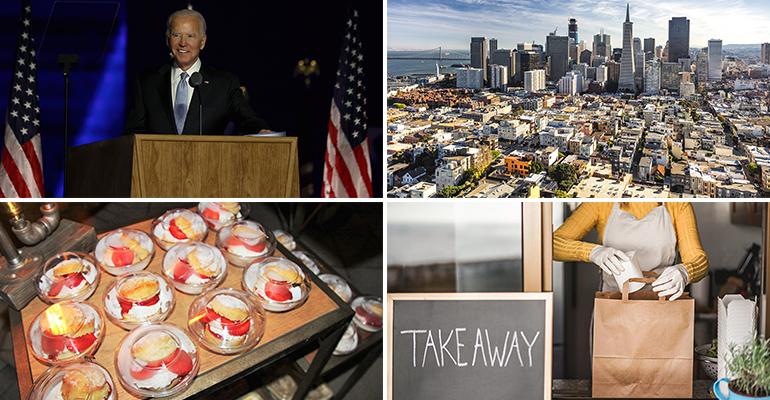 Start Slideshow ›
Plus, a new food hall in Chicago, how hotels have emerged from the pandemic and more trending stories on Restaurant Hospitality

This week, we coveredd new developments in the hotel dining world including how Hilton emerged from the shutdowns with a new food and beverage strategy.

Outside of overnight room revenues, no area in a hotel generates more money than meetings and events, and the corresponding catering, meals and breaks for attendees. That revenue stream has been neaarly non-existent for almost an entire year at this point but Hilton has bounced back from those staggering losses by redeveloping its food program.

And as COVID cases across the country surge for the third time, states and cities across the country have begun to tighten up dine-in restrictions. Some cities, like Chicago and San Francisco, closed indoor dining completely amid 250% increases in coronavirus cases. In fact, Chicago Mayor Lori Lightfoot announced that the city would be going into lockdown next week. Chicago is the first major city to announce aa second lockdown since the pandemic began in May.

Finally, Joe Biden was named President-elect over the weekend and in the days sincce, has announced plans to revive small businesses under his administration.