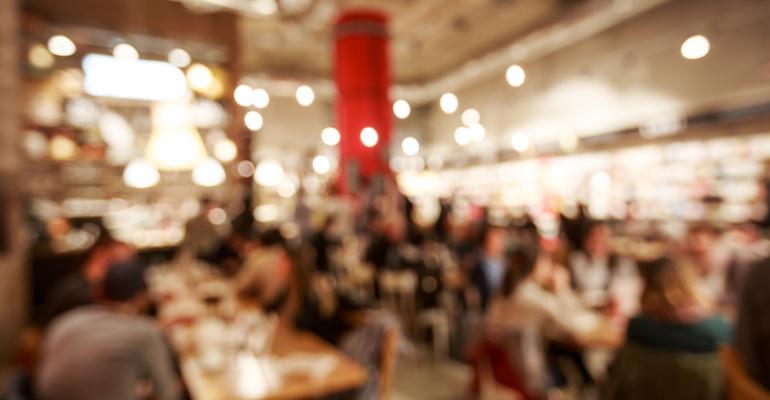 Last spring, chain restaurant data and analytics firm TDn2K chairman Wally Doolin  asked the question “are there just too many restaurants?” Now Darden Restaurants CEO Gene Lee is giving him an answer. Yes, there are way too many restaurants and the industry would be better off if more of them closed their doors.

Lee made his remarks during Darden’s Q1 2017 earnings call. He told analysts that while performance numbers for his company’s 1,539 full-service casual dining restaurants were good, the industry overall is struggling to generate growth. The primary reason so many operators are plagued by declining traffic counts and sluggish same-store sales? Too many restaurants.

Lee’s analysis came in response to a question from Robert W. Baird & Co. analyst David Tarantino. “What do you think is needed for the industry trends to get better than what we've seen recently?” Tarantino asked.

“We're not assuming that the industry's going to get a whole lot better,” Lee said. “I'm hoping that some more inventory will come out of the system. We've seen some big announcements of closures lately. And I also think there's other — as you drive down the road, you're starting to see more restaurants close. You're also seeing more restaurants open. But we could use some inventory to come out. That would be helpful.”

Some of that inventory has already begun to disapear. The latest unit count from NPD shows a year-over-year drop of one percent in the number of restaurants in the U.S.

“The decline in U.S. restaurant units overall is a reflection of the industry’s stalled traffic growth,” says Greg Starzynski, director-product management, NPD Foodservice.  “Our forecast finds that U.S. foodservice visit growth will be less than one percent in the coming years, which means there will not be significant unit expansion for a while.”

Too many restaurants or not, Darden plans to keep opening new ones. The company expects to add between 24 and 28 units across its seven brands during the rest of its fiscal year.

Olive Garden’s off-premises business was a bright spot in Darden’s results. But the company declined to give exact details on how well this component was doing. When Bank of America Merrill Lynch analyst Joseph Buckley asked, “Could you share with us what the mix of off-premise business was in this quarter?” Darden CFO Ricardo Cardenas demurred.

“No, I'm really not going to share the mix for competitive reasons,” he said. “Let me say that we've identified convenience as a huge opportunity. We've demonstrated that we've been able to pull that lever, take out altogether is about is up 50 percent over the last three years. What I will say is that we have momentum in the catering and delivery space but I'm not going to break down the components of our ToGo for competitive reasons.”

Lee did say that “last quarter, the takeout catering mix was a little under 11 percent of the business.”

“We believe that it's important to move as many people as we possibly can over to online ordering,” said Lee. “We've talked about the importance of that because the average check is much higher when someone orders online and we can prompt them through that order.”

Delivery could be important, too.

“We are monitoring what is going on in that space,” Lee noted. ”We are intimately involved with the big players that are in that space. They need us, we need them. We're going to proceed with caution.”

Consider this a signal. If you’re wondering whether your restaurant should explore online ordering and/or add a delivery component, be aware that one of the industry’s most sophisticated operators sees these two areas as future drivers of growth — even in a market with too many restaurants.
Contact Bob Krummert: [email protected]