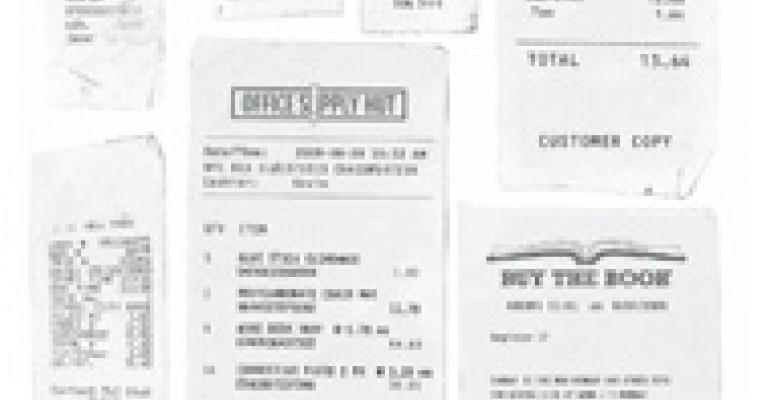 The idea was that the restaurant's patrons would be able to gorge themselves just as they did pre-recession, while also acquiring receipts that make it seem as though the money spent on their meal had gone to everyday business expenses. When it's time for the customer to turn in his expense account report, he simply attaches the website-supplied PDF file containing made-up receipts (for routine items like taxi rides, offices supplies, etc.) and waits for the T&E department to cut the check. The receipts look authentic, and the website automatically makes them add up to exactly what the customer spent on the meal.

But it's no joke and, ethical considerations aside, the expense report generator looks like a winning idea for the restaurant and its customers. One thing's for sure: it's definitely got people talking.

“With the financial industry in turmoil, and unemployment higher than it's been in decades, it's easy to understand why those who still have their jobs are hesitant to appear brazen with the corporate card,” says Michael Stillman, president of Fourth Wall Restaurants, which owns Maloney & Porcelli. “We are in the heart of expense account country, just footsteps away from the likes of Citigroup, BlackRock and Morgan Stanley,” he adds. “This campaign serves as a way to remind our patrons that we are a vital part of their business.”

As long as it was already bending the rules, the restaurant took it one step further. Patrons who want to take their high-priced leftovers back to the office can camouflage them in Maloney & Porcelli-supplied doggy bags bearing the logos of less-expensive restaurants like Chipotle, Sbarro and Olive Garden.

We don't know if these ideas would work for other restaurants. But given the mindset of Maloney & Porcelli's clientele — rich Wall Street types — they're getting plenty of traction in the market.