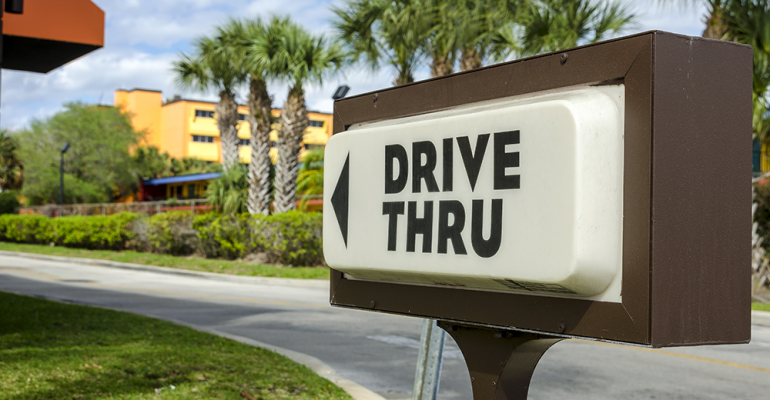 Off-premise orders continue to nibble into overall restaurant sales with those transactions now making up nearly 60% of foodservice occasions, according to new survey results from the National Restaurant Association.

Foodservice drive-thru, takeout and delivery are growing “as consumer lifestyles are continuously driven by the convenience and speed of online and app-based ordering in other industries,” the Washington, D.C.-based trade group said in releasing its new “Harnessing Technology to Drive Off-Premises Sales” survey.

“We are seeing the industry change and adapt faster than ever before in response to the macro-environmental factors driving consumer behavior,” said Hudson Riehle, the NRA’s senior vice president for research and knowledge, in a statement.

“In today’s on-demand world, off-premises capabilities are more important than ever to keep restaurants aligned with the wants and needs of its customers,” Riehle said.

The survey found customers were most receptive to consumer-facing technologies such as drive-thru enhancements, order accuracy tracking and frictionless mobile ordering. Key areas of growth include:

The study noted that all of those percentages were higher among 18- to 34-year-olds than with those consumers aged 35 and older.

Part of the survey polled restaurant operators and found:

The survey, in collaboration with Technomic Inc., was conducted online in April with two groups: a nationally representative sample of foodservice consumers who order delivery, takeout or drive-thru at least once every two to three months, and a national sample of 400 restaurant operators (170 limited-service and 230 full-service) who offer delivery, takeout or drive-thru.