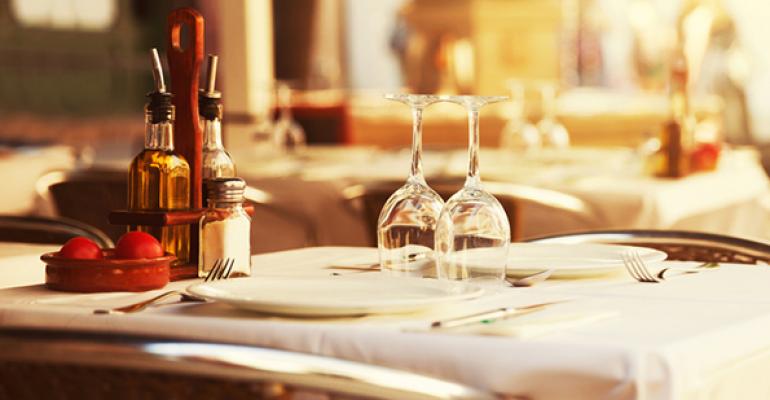 <p><span style="font-size: 13px;">&ldquo;Independents are declining across the board, with some of the steepest declines occurring in the largest markets,&rdquo; says NPD&#39;s Bonnie Riggs.</span></p>
Trends

The U.S. may be the home of the American dream, but it’s more difficult than ever to live that dream by operating an independent restaurant.

New data from market research firm The NPD Group reveals that despite the country’s economic recovery, a staggering number of independent restaurants have closed in the last four years, while the number of chain restaurants continues to grow.

“Independents are declining across the board, with some of the steepest declines occurring in the largest markets,” says NPD analyst Bonnie Riggs. “It’s a tough market. They just have not been able to compete.”

According to The NPD Group’s ReCount database, which tracks commercial restaurant units across the U.S., there are 19,000 fewer independent restaurants today than there were in 2012. Compare that to chains, which have added 17,000 more locations in the last four years.

While the increased chain competition is part of what’s behind the decline of independents, Riggs says there are other contributing factors.

“As more chains come on the scene, it’s difficult for independents to keep up with marketing dollars,” Riggs says. “A lot of independent restaurants didn't stay relevant in terms of consumer needs,” she adds.

Although the odds are stacked against independent restaurateurs in the U.S., many have found a formula to keep customers coming back, including the owners of Malai Kitchen, a Vietnamese and Thai casual-dining restaurant in Dallas, and Solomon & Kuff, a Caribbean restaurant and rum hall in New York City.

Malai Kitchen, a casual-dining restaurant in Dallas that specializes in Vietnamese and Thai cuisines, along with house-made Sriracha and house-brewed Thai beer, stands out in a land of steak and potatoes.

“What we have here is something different, unique,” says Yasmin Wages, who co-owns Malai Kitchen with her husband, executive chef Braden Wages. “We’re showcasing something that’s increasingly more popular.”

But being different in a sea of sameness isn’t the only thing that has helped this five-year-old eatery grow year-over-year sales by 12 to 15 percent.

“[We have] a top-line philosophy — it means invest, invest, invest and people will come,” Wages explains. “The moment you start skimping, you lose people’s trust.”

That investment strategy has translated into everything from using only the best quality ingredients (fresh, not frozen), to annually updating the dining room décor, to growing with customer needs by participating in new food delivery services.

Wages knows she can’t compete with the fat marketing budgets of national restaurant chains, so she relies instead on serving top-quality food and training her staff to deliver an exceptional dining experience in order to generate positive word-of-mouth. The restaurant also generates buzz with the help of a public relations firm.

“It forces us to stay creative. To think of new ways to make us sound cool and neat,” Wages says. “You have to constantly stay relevant or you will not succeed.”

Partners Julie Grunberger and Karl Franz Williams know a thing or two about what it takes to keep an independent restaurant open in highly competitive New York City.

Before opening their 5,000-square-foot Caribbean restaurant and rum hall in late 2015, Williams, who has two other concepts open, and Grun had gone through the experience of having to close a restaurant.

“Competing in New York is tough,” says Williams. “For independents, two things are critical: experience, [having] the right kind of experienced people, [and being] properly capitalized. If you don’t have these two things, you’re going to struggle.”

The partners are both experienced and well capitalized, and the uniqueness and authenticity of their island concept — something the duo says chains simply can’t do as well — is a big draw. But they know firsthand that it is tough to compete with the voice, scale and marketing dollars of large restaurant operators.

But they are finding their own way to get scale by leveraging their previous ownership experience and Williams’ other restaurants to obtain more favorable deals with vendors, and even with their public relations firm. Additionally, in the past Williams has met scale challenges by banding together with other small business to form buying groups.

“Scale is necessary. All things that are challenges for independents are less challenging because of the other two restaurants,” notes Williams. “The small business myth … it’s the American dream. Really, the American dream starts when you have scale.”