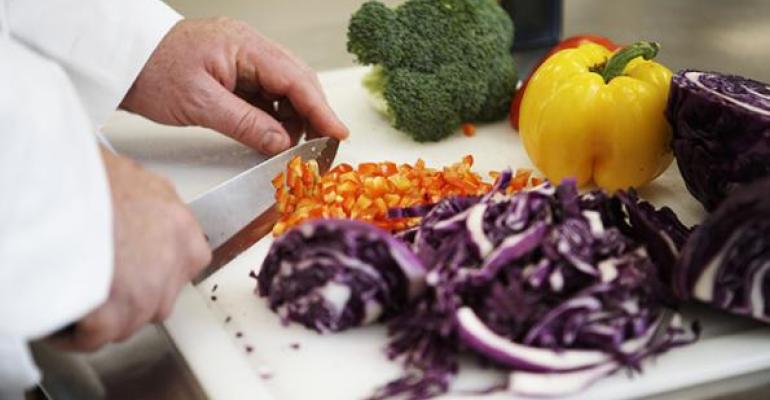 New data from The NPD Group shows that despite declining unit counts for the last two years, independent restaurant operators account for one-third of the dollars spent with broadline foodservice distributors. Moreover, spending has increased year-over-year since 2014, according to NPD’s SupplyTrack (a monthly accounting of every product shipped from major broadline distributors to more than 500,000 commercial and noncommercial operators).

A 2015 NPD industry census determined that the number of independent restaurants dropped by 2 percent to 335,545 units between fall 2014 and fall 2015. Despite the drop in numbers, independents’ spending with broadline distributors grew 5 percent in 2014 and 3 percent in 2015, says NPD.

While the figures could be seen as an indicator of increased restaurant traffic, that's not the whole story, “Much of the spending lift in 2014 was due to an increase in the cost of ingredients," NPD analysts report. "Without the purchasing power of restaurant chains and benefit of contract pricing, independents bore the brunt of the ingredient price increases.”

On the other hand, they add, “Commodity ingredient prices stabilized in 2015 and the 3 percent spending growth rate of independents is reflective of organic growth.”

Broadline spending grew fastest in the South and West, with a 5 and 4 percent increase respectively, reports NPD. “These two regions, both of which realized a 1 percent decline in independent unit counts, had lesser declines than did the central region, with units down by 3 percent, and the Northeast region, with units down by 4 percent,” the report notes. However, the south and the west outpaced the central and east in overall purchases—likely the result of population growth in these locations. The Northeast, typically known for its independent restaurants, posted the slowest growth.

Independent operators would do well to remember that their strength lies in their ability to creatively and nimbly respond to—and even start—dining trends. As an OpenTable survey pointed out last year, consumers who consider themselves foodies favor independent restaurants almost exclusively. The list, the 100 Best Restaurants for Foodies in America, "revealed that boundary-breaking, chef-driven independents do well in the ratings of favorite restaurants for foodies. No chain restaurants received a mention."

“While independents are hardest hit by economic downturns and commodity price increases, we also know that those who were able to survive are doing well,” says Annie Roberts, v.p. of NPD SupplyTrack. “Most who become independent operators do so out of a passion—to cook, to serve, to own. They have heart and those who offer good food and value are not only surviving, they’re thriving.”