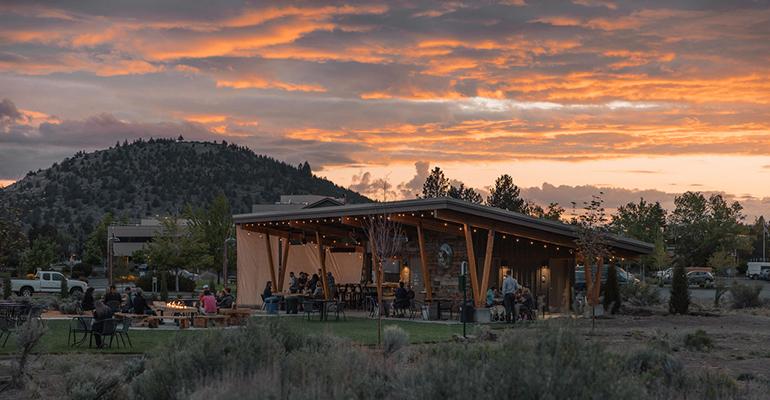 No longer a trend, now trucks are another facet of building a brand

In 2008, reinvented gourmet food trucks were the hottest thing around in cities like Los Angeles and New York, serving both as a culinary novelty and a creative entrepreneurial solution to the prohibitive costs of opening a brick-and-mortar restaurant. At the time, the Kogi BBQ truck in Los Angeles, for example, was boasting $2 million in sales.

But a decade later, the novelty has worn off. In most American cities, a new food truck touting fusion tacos or artisan grilled cheese is just not exciting news anymore.

But despite rumors that the trend is dying — or has been replaced by the booming food halls — food trucks are actually thriving, just not in ways that you’d expect.

According to IBISWorld, a market research firm, food-truck industry revenues have grown 7.3 percent at an annualized rate from 2012 to 2017. Furthermore, according to a December 2017 report produced by Food Truck Nation under the U.S. Chamber of Commerce Foundation, food trucks reached an estimated $2.7 billion in revenue in 2017, a 24-percent increase from 2014.

For the successful food truck of 2018, street surfing at lunchtime to attract crowds of hungry office workers is just one piece of a multi-faceted mobile culinary brand, which may also include brick-and-mortar restaurants, partnerships with office parks, concert venues, and food halls, or residencies at food-truck parks.

As they became more popular, he said, “It was no longer, ‘I have to eat here because it’s a food truck,’ but ‘I want to eat great food, no matter where it comes from.’”

But are they a viable business?

Tracy and Kristi Carter did not start out wanting to operate a food truck. The owners of JAC’s Tailgaters  — named for their son’s initials —  a Southern barbecue truck based in West Monroe, La., said their brand began as a gourmet barbecue sauce and seasoning company, before they branched out. 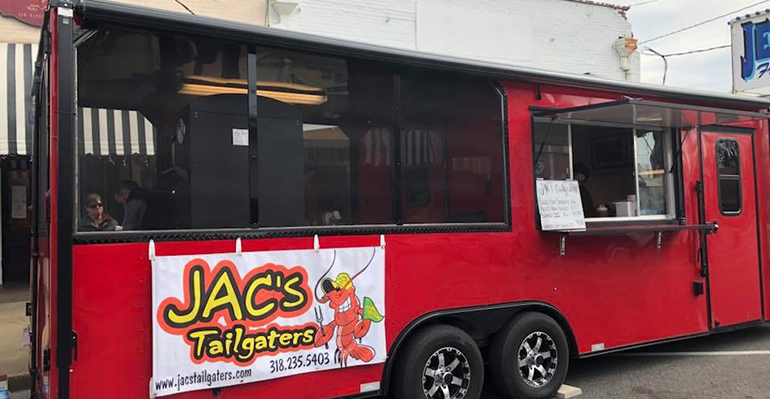 JAC’s Tailgaters caters events and is starting a partnership with a supper club in 2019 where they will deliver full meals for a weekly farm-to-table concept.

Most recently, the Carters started selling ribs, brisket, and tacos, with a $10 to $15 average meal check, at Willie’s Food Truck Park — a restaurant and food-truck park owned by the Robertson family of Duck Dynasty fame. The food truck park opened in October in Sterlington, La. in partnership with 10 food brands and trucks.

Having a semi-permanent home base for their fans has given JAC’s Tailgaters an advantage in the food-truck business, the Carters said.

“This venue will be a huge launchpad for us as well as many other food truck owners,” said Tracy Carter, who estimates that their first year will bring $75,000 to $90,000 in sales. “People know where we will be and won’t have to hunt us down. Not to mention the entertainment that these parks provide usually draws a crowd that you might not normally get roaming the streets.” 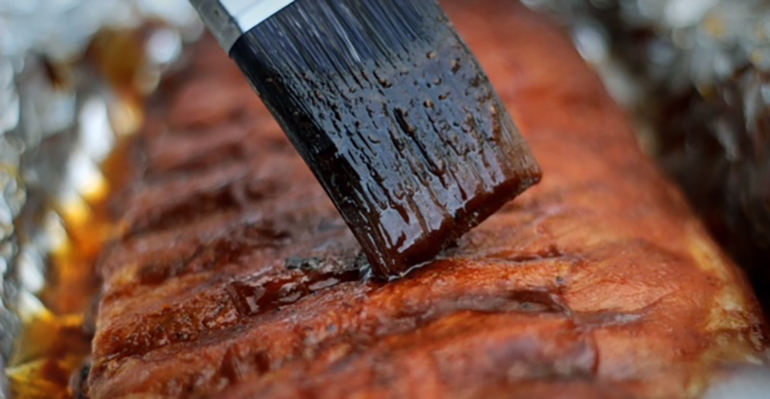 The food-truck park trend is growing across the country.

On Tap is a year-round food-truck park showcasing 30 craft beers that opened in April in Bend, Ore. The park operates as an umbrella business and co-owners Laura and Eric Kramer lease out spots to local food trucks.

“We provide electricity and water so that trucks can be self-sustaining on our property and we all work together as one big team,” said Laura Kramer. “Our business model gives food entrepreneurs a platform to be successful all on their own.”

Currently at On Tap — which is preparing for the winter months with temporary partitions, firepits, and outdoor heaters — you can find trucks selling Latino and Himalayan food, as well as burgers, barbecue and Philly cheesesteaks.

“Some of our trucks also do catering but it’s beneficial for them to be in one place consistently,” Laura Kramer said. “Events can be huge money-makers, but they are fleeting.” On Tap, meanwhile, is open every day from 11 a.m. to 5 p.m.

There was a time when most food trucks saw their ultimate goal as owning a brick-and-mortar restaurant once their brand became well-known. But that isn’t necessarily the case anymore, said Ben Goldberg, founder and president of the New York Food Truck Association.

“It used to be that brick and mortar was a part of that chain of success, but I think that has dropped off,” he said. “[Opening a restaurant] is very expensive and it’s so competitive now in the QSR space. The trucks that are winning are the ones who think creatively … and use a multifaceted approach.”

Still, for truck operators like Crepes Bonaparte, which has been offering French crepes in California’s Orange County since 2010, the next step in the expansion of their culinary brand was to open a brick-and-mortar restaurant, and they achieved that goal. 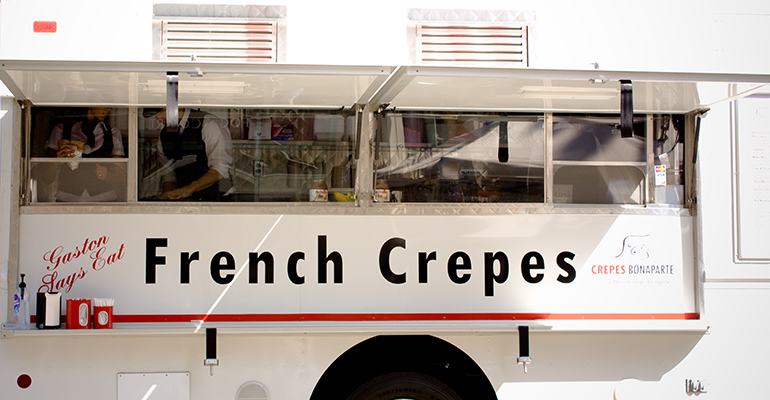 The first Crepes Bonaparte restaurant opened in Fullerton, Calif. in March. But the owners plan to keep their trucks on the road.

“Food trucks are the core part of our business,” said Crepes Bonaparte founder/owner Christian Murcia. “Having the restaurant helps us with quality control. Now we can have the food prepared in one central location and our trucks can load up and go out.” 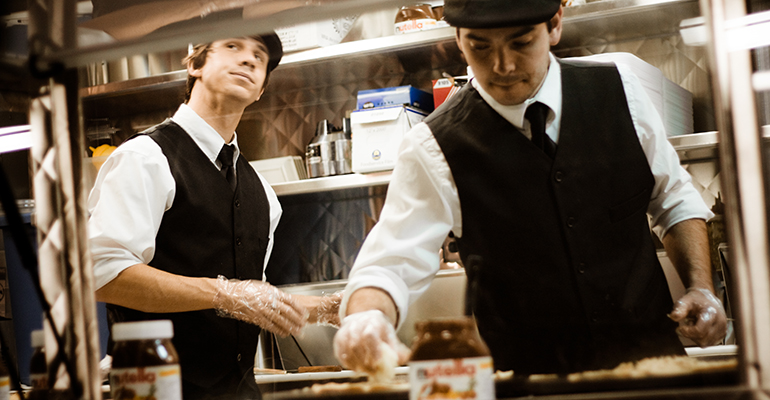 Murcia said that while they still prepare crepes to order, they don’t have to worry about making the crepe batter on the truck, which can ensure a more consistent product for their street sales, events, and their restaurant. With two trucks and a restaurant on board, Murcia projects sales of about $900,000 by the end of 2018.

“The way people view food trucks is changing,” Murcia said. “For a while, food trucks were just seen as a stepping stone to a restaurant. But I think the food truck now is more of an extension of your culinary brand. Our food truck is our restaurant on wheels, so we can more easily reach a broader audience.”