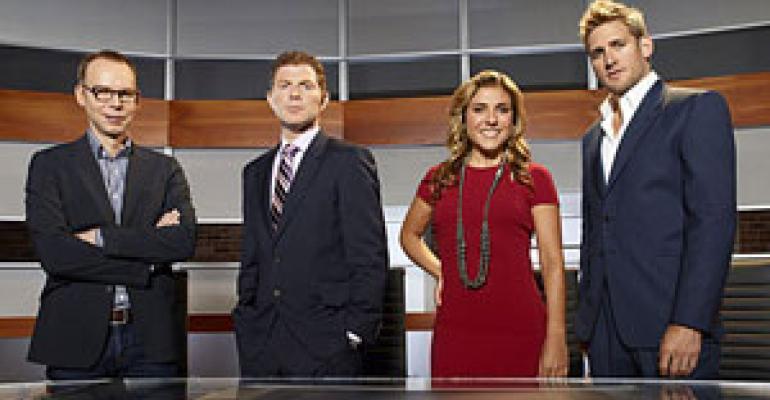 Want to get into the restaurant industry’s fastest-growing segment? Check out America’s Next Great Restaurant, the NBC reality series where the judges, including Chipotle founder Steve Ells, conduct a de facto seminar on fast casual concept creation every week.

“Growth continued to be driven by fast-casual chains,” the report states. “The Mexican category was led once again by Chipotle Mexican Grill, posting U.S. systemwide sales growth of 207 percent. A standout in the hamburger segment was Five Guys Burgers and Fries with estimated sales growth of 37.8 percent.”

Also last week, the NPD Group released statistics showing traffic at fast casual restaurant chains growing 17 percent over the last three years, a period when much of the rest of the industry was dealing with declines.

“Responding to growing consumer demand, the major fast casual chains grew units by a double-digit rate over the last three years,” says NPD. “Even with this unit growth, demand outpaced the rate of unit development, reflecting consumer satisfaction with the fast casual experience. Since 2007, casual unit availability expanded 12 percent and traffic has grown by 17 percent.”

You’re reading that right. Fast casual chains can barely open units fast enough to satisfy their ever-growing customer base. When the build-out rate is a restaurant segment’s biggest problem, that’s the segment where you want to be.

Which is timely news for the producers of NBC’s America’s Next Great Restaurant (ANGR). The show’s kicker is that the winning fast casual concept will be transformed into a working three-unit chain the night the finale is broadcast. Units will open simultaneously the evening of May 1 in Los Angeles, Minneapolis and New York City. All the episodes have been taped except for the finale, on which the winner will be revealed.

The judges’ job is to simultaneously give advice to and weed out the fast casual concepts proposed by the show’s 10 contestants until one remains. That they’re doing. But along the way, the four (host Bobby Flay, Ells, chef Lorena Garcia and chef Curtis Stone) are doling out hard-won wisdom on what works and doesn’t work in the fast casual restaurant segment today.

Ells’s public persona has previously been that of a nice-guy chef whose idea of serving ingredients with integrity in a fast causal format led him to success with his Chipotle chain. But ANGR shows he possesses a steel-trap business mind, and Ells turns out to be brutally articulate in summing up the shortcomings of the weaker concepts. So are his fellow judges.

It’s no wonder. The four judges are going to be investors in the winning concept. They seem to take it quite seriously that if a chain of restaurants is going to open with their names on it, they’re not going to sugarcoat their opinions or advice. In effect, they’re picking a business partner, airing the plusses and minuses of each candidate’s concept publicly instead of politely keeping their opinions to themselves. Other restaurant reality judges hide behind such say-nothing phrases as “the flavor just wasn’t there.” Not Ells and this crew.

Here are the 10 concepts the judges had to pick from at the start of the series. Many had new names, menus or tag lines—or all three—by the time the third episode aired.

We’re not endorsing this show, per se. But we do want to point out America’s Next Great Restaurant is more than just another restaurant reality show. Any restaurateur thinking about opening a new concept, or rethinking the concept they already have, should watch ANGR with an open mind.

Why? The judges spend the whole show telling you what they look for in a fast casual concept, how it should be developed and, perhaps most importantly, what type of person they’re willing to invest in. You couldn’t afford to hire people of this caliber, especially Ells, to come to your restaurant to consult. But the advice on the restaurant business they’re giving out on this show for free is highly valuable, whether you’re in the fast casual market or not. So take it. America’s Next Great Restaurant airs at 8 p.m. on Sundays on NBC.