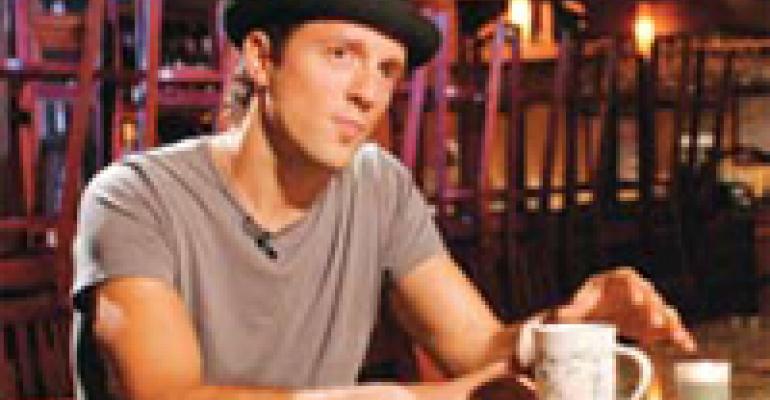 Afterparty at an Upscale Chain? Why Not?

Can a chain restaurant seem like a cool hangout, even when it has 200-plus units that stretch from coast to coast? That's the goal polished casual seafood player Bonefish Grill is pursuing with its Notes From the Road television series, now appearing on cable's Ovation TV.

The show, which debuted last month, presents intimate in-restaurant performances by touring bands and artists usually seen in much-larger venues. The vibe created is that the acts like to kick back and hang out at a Bonefish unit when they're on the road and have completed their regular performance.

Each hour-long episode includes plenty of behind-the-scenes footage and candid interviews. It creates the impression that late night at Bonefish is a happenin' place to be, especially when a hip act is passing through town.

Seeing them in a laid-back setting is a treat for their fans, many of whom are younger than typical Bonefish diners. Those who miss the broadcast can catch the performances later via XM radio.

There's another dimension. Each episode has a segment that highlights the work of seafood sustainability group Ocean Trust. It's a key issue for the target demographic. And Bonefish gets two bangs for its marketing buck.