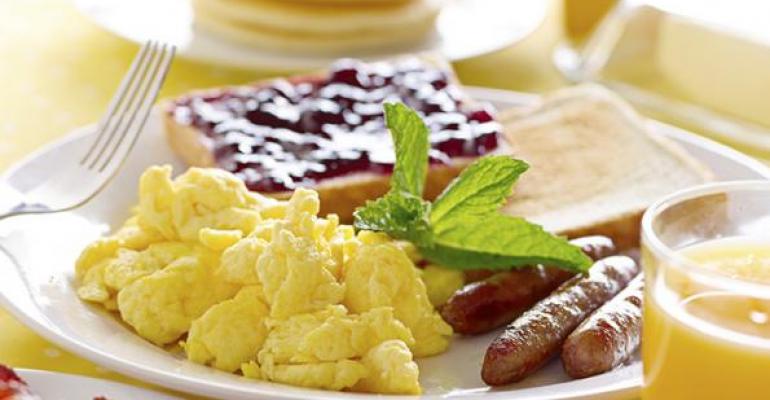 <p>Some 70 percent of breakfasts are eaten at home. That leaves a lot of room for restaurants to step in.</p>
Trends

Trendinista: Wake up to the potential of breakfast

With the likes of McDonald’s, Subway and Taco Bell staking a claim on the breakfast segment, it might be time for many full-service operators to follow suit.

And why not? The daypart has potential. The NPD Group forecasts that consumption of breakfasts and morning snacks, both in and away from home, will outpace growth in the U.S. population over the next few years. Total breakfast occasions are forecast to grow by 5 percent through 2019, versus the expected population growth of 4 percent. Annual morning snack occasions per person, in and away from home, have increased by 17 percent over the past six years, according to NPD’s continual tracking of U.S. eating behaviors.

Speed, affordability, and portability are the qualities driving morning meal traffic, which includes breakfast and morning snacks, to quick-service concepts. In the year ending February 2016, these visits increased by 5 percent on top of a 3 percent increase during the same period prior year.

Breakfast foods are in demand beyond the traditional morning shift, too. Almost three-quarters (72 percent) of all adults would like restaurants to offer breakfast items throughout the day, according to the National Restaurant Association’s 2016 Restaurant Industry Forecast. McDonald’s successfully tapped into breakfast’s popularity with the launch of its all-day breakfast offering.

Despite gains in away-from-home breakfasts, 70 percent of breakfasts are consumed at home, NPD reports. The motivations behind breakfast are generally convenience, satiation, and healthfulness but these factors can vary by generational group and life stage, according to NPD’s recently released generational study. In-home, consumers, particularly young adults, are turning to heartier breakfast fare such as eggs and “traditional” breakfast foods. Better-for you snack foods, like fruit, yogurt and granola bars, are among the top choices for morning snacks.

It’s not the right opportunity for every restaurant, though. NRA suggests a cost-benefit analysis for any restaurant thinking about opening early. And if you do take the plunge, the association recommends the following steps:

• Feature grab-and-go options for guests in a hurry.

• Make it fast and fresh. Quick-service restaurants rule the breakfast daypart because they turn orders around quickly. Prep work and batch cooking can help full-service kitchens keep up with orders.

• Offer ethnic flair to create a point of difference.

• Brew up business and profits by pouring better coffees and espresso drinks.

• Permit guests to order breakfast dishes throughout the day, if logistically feasible.

• Be consistent, since people tend to stick to routines that time of day, and you’ll have more success attracting regular customers.