Outside of the restaurant, Urban Eats features a bistro with a full-service bar serving cocktails and about 50 beers.
Blackbelly Market – Boulder, CO
Hosea Rosenberg began with a catering company, later adding a food truck, and now has opened Blackbelly Market, which serves as his home base and has a kitchen that can handle all of his projects.

The idea for Blackbelly Market, Rosenberg’s first restaurant, was to produce food from the source to the plate without the middlemen. He began by raising his own livestock, then added a greenhouse where his team can grow their own supply of organic vegetables. The restaurant is coupled with a retail market, curing room and space to focus on whole-animal butchery.
Carrino Provisions – Jersey City, NJ
Dale Talde and his Brooklyn partners David Massoni and John Bush recently took their talents to Jersey City to open Carrino Provisions, an Italian market/restaurant that includes a butcher counter and a pasta counter, plus pantry items and prepared foods.

The restaurant, Osteria, is open for breakfast, lunch and dinner and includes a bar. The Italian market sells meats, cheese, pasta, prepared foods and baked goods, and there is also a coffee bar. 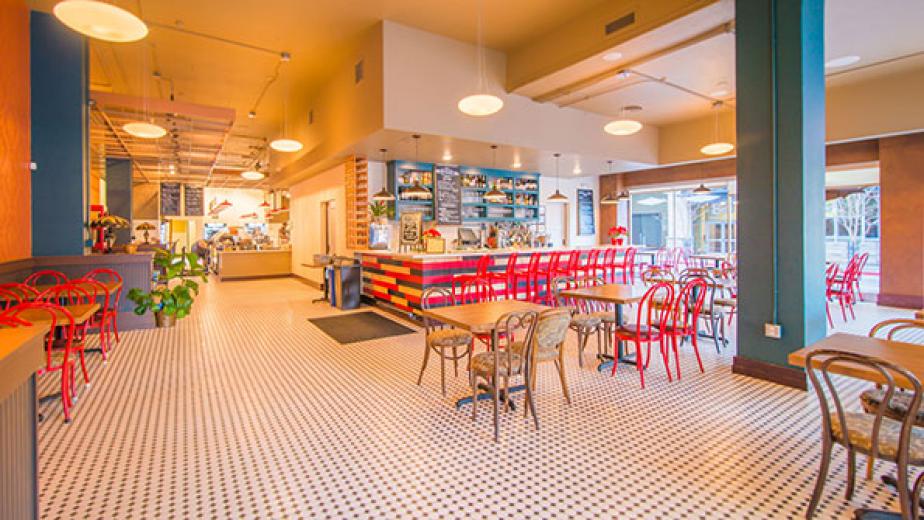