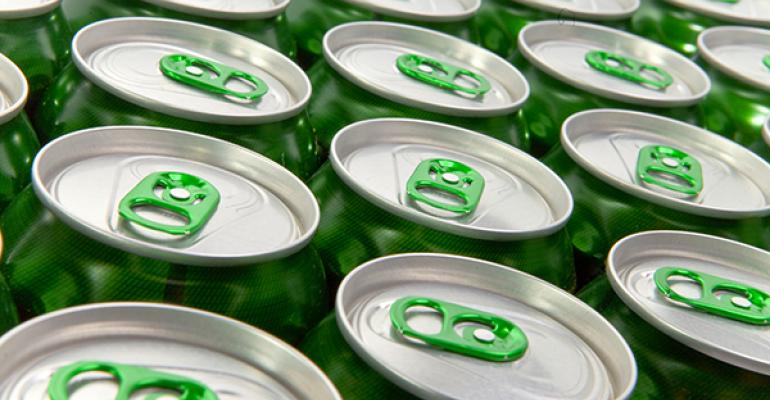 No wonder restaurant operators embrace the boom in online delivery orders. It’s a revenue source that requires little or no capital investment to create and maintain. But they could soon be looking at sales and profitability numbers that will drive them to ecstasy, thanks to a Pennsylvania operator who has found a perfectly legal way to get restaurants into the door-to-door beer delivery game.

So far, the explosion of online meal ordering has produced good-but-not-great results for many restaurant operators. Yes, more food gets sold, so overall revenue goes up. But profitability lags. Online delivery customers typically don’t buy a beverage with their meal, opting to go with whatever they have in the fridge at home. The meal component that delivers the highest margin—its beverage—is often not part of the delivery equation.

We’re about to find out. Income from home delivery of alcoholic beverages is about to become huge for Chris Fetfatzes, owner/operator of beer-centric restaurant Hawthornes in South Philadelphia, as it could for other Pennsylvania restaurants that sell beer. Thanks to Fetfatzes, these businesses will soon be able to deliver as much as two six packs of beer to customers. Given the dollar volumes and margins beer—particularly craft beer—provide, it could be a bonanza.

Hawthornes experienced a fire in early 2014 and finally reopened in mid-January. During his rebuild, Fetfatzes wrote Pennsylvania’s Liquor Control Board (LCB), asking what it would take to enable Hawthornes to home deliver beer once it reopened. He made the point that grocery delivery services like Instacart already deliver prepared foods and alcohol. What would it take for Hawthornes to do the same with beer?

Apparently, he just had to ask. The LCB responded that if Fetfatzes would acquire a “transporter-for-hire” license (cost: $1,000), Hawthornes could go into the beer delivery business. Any other similarly licensed restaurant could do the same.

The key stipulations: Restaurants can deliver no more than 192 ounces of beer—roughly two six packs—and the customer must prepay for the beer online or over the phone. Tipping is allowed, but restaurants are not allowed to take cash for alcohol at the point of delivery.

“One of the clerks [at the LCB] I spoke with told me, ‘What you’re dealing with here is literally ground-breaking stuff,’” Fetfatzes tells Philly.com. “I’ve wanted to do [beer delivery] ever since we originally opened.”

The Pennsylvania Licensed Beverage & Tavern Association was thrilled with the ruling, too. “We’ve been asking this question for years, but never got the answer we wanted," executive director Amy Christie says. "This is a win for the whole industry.”

Let’s hope she’s right, because many, many restaurant operators would like to get into the highly profitable home beer delivery game. But will other states follow Pennsylvania’s lead? Your local or state restaurant association should be able to tell you where things stand in your market.

Keep in mind that Fetfatzes struck a nerve when he asked why, if some delivery providers can legally bring both food and alcohol to their customers’ doors, restaurants can’t do the same? It’s a fairness issue now. Given that customers want this service and restaurants are eager to provide it, let’s hope other liquor commissions, boards and departments of control see the light soon.