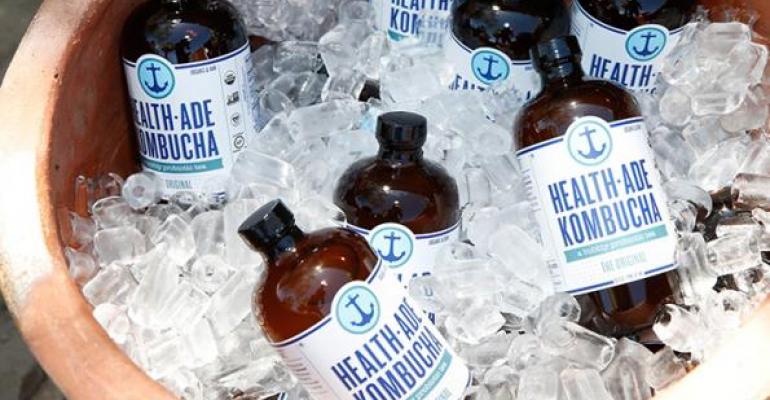 Kombucha has been around for centuries, but has just recently emerged as a trendy beverage. Some say it’s due to the craft beer movement, with some breweries offering the fermented tea on tap. And while some may tout the elixir as a healthy dose of tasty probiotics, others are just happy to enjoy the marketing potential of the popular potion.

At the recent National Restaurant Association Show, in addition to traditional kombucha, an organic sparkling variety from Zofi Kombucha and a line of creatively flavored kombucha from Reed’s Culture Club Kombucha caught show attendees’ attention. A number of restaurants have already jumped on the trend.

At Mill Valley Kitchen in Minneapolis, kombucha is a big seller that fits within the restaurant’s Northern California-inspired healthy concept. The restaurant has a local, Twin Cities-based kombucha on tap and serves a Verdant Tea variety in addition to using it in one of the restaurant’s signature nonalcoholic “natural refreshments” called the Whey Cooler, a mixture of kombucha, whey, orange and lime. Mill Valley also uses kombucha behind the bar in its Walk this Whey cocktail, which incorporates gin, rum, Frangelico, whey, and kombucha.